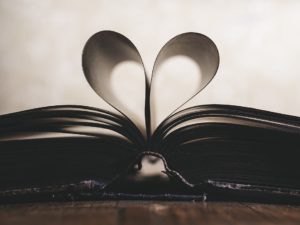 Primary and secondary education (K-12) has been the second fastest growing category of Nevada state spending over the past decade, rising from $1.24-billion in fiscal year 2006 (FY06) to $2.22-billion in FY17.  It grew 33 percent faster than the incomes of Nevada families and businesses.

Only spending on health and human services grew faster.  Transportation spending also grew significantly faster than Nevadans’ incomes (although it is very volatile from year to year), and spending on regulation and higher education also grew slightly.  K-12 and these categories caused total state spending to grow 30 percent faster than Nevadans’ incomes.  All other significant categories of state spending declined relative to incomes.

In 2016, the latest year for which national data are available, Nevada state and local K-12 spending ranked 42nd among the 50 states, an increase from 45th the previous two years. Spending by the District of Columbia was second only to that of New York.

However, while total state and local spending was rising, Nevada ranked only 45th in instructional spending, but 37th in so-called “support services”.  Thus, we spend too little in the classrooms and too much on administration and overhead.

One piece of good news is that Nevada is eleventh in the evenness of its spending in the state’s 17 school districts (with evenness measured as the student-weighted coefficient of variation).  This fact gives the lie to continuing claims that the state’s school funding system is somehow antiquated and unfair to Clark County, requiring it to unduly subsidize rural districts.

So, what does all this spending buy us?

In 2007, Nevada eighth-graders ranked 44th nationally in their performance on the federally administered National Assessment of Educational Progress (NAEP) reading and mathematics evaluations.  By 2015, those rankings rose only to 43rd in reading and 41st in mathematics, despite the large increases in spending.

The failure of significantly increased Nevada spending on K-12 education to show improvements in results relative to other states is consistent with international comparisons.  Thus, among 33 countries of the Organization for International Cooperation and Economic Development (OECD) the U.S. spent the fourth-highest levels per student but reaped only below-average performance (23rd) on the Programme for International Student Assessment (PISA) in 2015.  Japan, the highest-achieving nation, spends only 81.6 percent as much as the U.S. per child.

Our problem is that we keep throwing ever more money at teacher and administrator unions instead of making serious policy reforms.  These special interests and state and local school boards continually dodge the real issues by focusing on the non-school factors, such as household income, that are beyond the reach of education policy.

To improve the effectiveness of our education spending, we must allocate it to programs that have been shown to boost student achievement.  Public education must focus on the school-controlled variables that lead to improvements in student achievement in a cost-effective manner.

The academic literature shows no school-controlled variable has a greater influence than the quality of the teacher.  The best teachers can deliver effective instruction without requiring small class sizes.

So, our priority should be the recruitment and retention of highly talented teachers.  We should dispense with seniority-based and formulaic salary structures and pay teachers for the improvement their students show from the start of the year to the end.

Other initiatives discussed in this this year’s Controller’s Annual Report include increasing family choice in their students’ education.  Also, greater use of technology-assisted learning, which serves students and eases the workloads on teachers.  And recruiting teachers not just from education-school backgrounds.

We must focus on the needs of our children, not the demands of the provider bureaucracy.