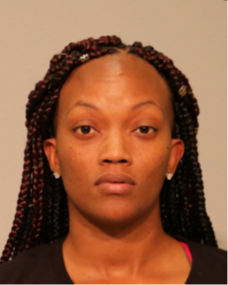 Nevada Attorney General Adam Paul Laxalt announced that Tameka Nicole Green, 31, of North Las Vegas pleaded guilty to one count of Multiple Transactions Involving Fraud or Deceit in the Course of an Enterprise or Occupation, a category “B” felony, and one count of Attempt Theft, a category “D” felony or gross misdemeanor. The crimes were committed between July 2016 and June 2017.

Green worked as a correctional officer with the Nevada Department of Corrections at the time of her involvement in the pedestrian accident scheme. The fraudulent scheme involved presenting false claims to insurance companies claiming that a pedestrian was hit and injured by an insured’s motor vehicle. The accidents never occurred, but the claimants reported medical treatment to increase their chances of a higher settlement with insurance companies.

“My office continues to investigate and prosecute schemes like this one that mislead insurance companies and needlessly drive up insurance costs,” said Laxalt. “This particular instance is especially egregious given that it was perpetrated by a public safety officer tasked with enforcing laws.”

Last year, AG Laxalt announced the largest multi-defendant indictment in Nevada Attorney General history related to staged automobile accidents and thefts. The case involved 24 defendants with 68 felony counts for their roles in filing 23 fraudulent insurance claims. Prosecution by the Office of the Nevada Attorney General in that case remains ongoing, and the named defendants in it remain innocent unless and until they are proven guilty.

To view the criminal Information against Green, click here. To file a complaint concerning an individual or business suspected of committing fraud, click here.