Cortez Masto avoiding debates, puts one media outlet ahead of all others, including voters

Cortez Masto avoiding debates, puts one media outlet ahead of all others, including voters
N&V Staff

‘My way or the highway’ approach typical of someone who throughout her career based decisions on partisan politics instead of what’s right for Nevadans. 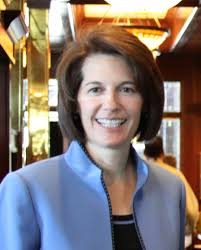 “Why is the Cortez Masto campaign privileging one media outlet at the expense of all others, including all other Spanish language outlets, and most importantly, at the expense of Nevada voters? The Heck campaign is committed to holding debates that reach the widest audience possible, including Telemundo’s, as well as holding a debate in rural Nevada. Given the small window of opportunity to hold the debates before early voting to ensure all Nevadans have the opportunity to hear from the candidates, we hope the Cortez Masto campaign will negotiate in good faith instead of offering non-negotiable terms to score political points. Until they are willing to negotiate, one can only assume Catherine Cortez Masto does not want to debate.” said Heck spokesperson Brian Baluta. “Her ‘my way or the highway’ approach to negotiating something as simple as debates, is typical of someone who throughout her career based decisions on partisan politics instead of what’s right for Nevadans.”

The Heck campaign has proposed holding three debates in Las Vegas, Reno and Elko, including a debate hosted by the Nevada Broadcasters Association, which would be available to all Spanish-language media outlets in the Nevada, including Telemundo.