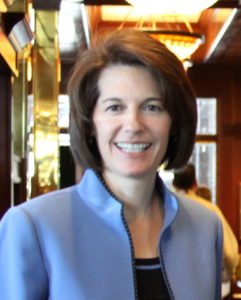 (Lahontan Valley News) In one fleeting moment of her U.S. Senate campaign in Nevada, Democrat Catherine Cortez-Masto’s team dropped the ball … and that was no earthquake we heard.

Cortez-Masto, who is running for the seat currently held by Harry Reid, made a swing through the Silver State last week, but very few knew about her campaign stops … particularly most media outlets.

Her campaign handlers didn’t want the press — and the public — to know she was stopping in communities such as Ely, Elko, Winnemucca and Fallon. It was only by a fluke that the Elko and Lovelock newspapers, for example, learned of her whirlwind stop. Cortez-Masto traveled across Nevada to kick off her Middle Class Tax Cut Tour. Her press team, hardly a neutral source for disseminating information, wrote most news accounts.

Likewise, the Humboldt Sun in Winnemucca never received notification of her stop as did the editor of the Ely Times. A member of the Lovelock Democrats — not anyone from Cortez-Masto’s team — notified that town’s newspaper of the event, and as a result, a reporter attended her greet and meet.

The LVN learned of her tour on Thursday, the same day of her stop in Fallon. The LVN made a few calls afterward and learned the Cortez-Masto camp told local Democrats, some of the finest people anyone would meet, they did not want the LVN to attend her event. Their answer to them was a resounding NO.

We find this disturbing that a candidate for the U.S. Senate would want to shun the press from her stops across Nevada. What is even more disturbing, her actions are also shutting the door on many Nevadans who may have wanted to hear her plan on the $1,000 tax cut.

The Cortez-Masto handlers, instead, told the local Democrats to make a few calls and invite “their Democratic friends”; as a result, the LVN learned only 16 attended the event. Churchill County has 2,401 registered Democrats, 2,385 of whom who had no idea of what was going on.

The LVN reached out the Cortez-Masto camp and received this message: “I’m sorry you missed the event, we tried reaching out to you but were unsuccessful.” In normal speak, no, we did not receive a press release and no one called or left a message.

Also, we were asked a question: “Are you not on our press list?” The LVN checked its emails for the past two months and not one email from her campaign was received.

Later the same day when the Cortez-Masto team headed to Carson City, a staff member gave the Nevada Appeal two hours notice to ask for a reporter to cover the candidate’s event. That, too, is unacceptable.

And to note … The LVN has not offered a preference of a candidate for this race, but we will say that when Hillary Clinton’s Nevada team rolled out her tour across Nevada one year ago, her state staff was very proactive in emailing and calling rural newspapers days ahead of time and inviting editors and/or reporters to local events.

This latest attempt, however, of having a controlled trip across the Silver State last month is a slap in the face to all Nevadans who have an interest in this year’s Senate race; furthermore, it is a slap to all media outlets in rural Nevada who try to do a good job in reporting the news.

If her staff wants to play games, then they reap what they sow in rural Nevada.