Harry Reid’s D.C. friends attack Joe Heck with another $1.5 million worth of lies 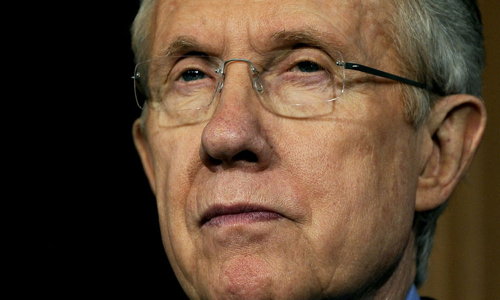 “Dr. Joe Heck’s parents depend on Social Security and he is fully committed to protecting the promise of Social Security for our seniors and those approaching retirement. Dr. Heck is the only candidate in the race who has actually taken action to strengthen Social Security. After hearing from seniors frustrated by the lack of a cost-of-living adjustment (COLA) increase for Social Security this year and in years past, he introduced a bill called the SENIORS COLA Guarantee Act to ensure seniors on Social Security receive a guaranteed minimum COLA increase,” said Heck spokesperson Brian Baluta. “Harry Reid has tried making this bogus charge stick in previous elections and twice now this year. Nevadans know the attack is not true because Joe Heck has spent life putting Nevadans first while Catherine Cortez Masto has been called a ‘loyal Democratic foot soldier’ and ‘partisan bully.’” (Las Vegas Review-Journal, 10/20/2010; Las Vegas Sun, 12/11/2009)

Heck wants to preserve Social Security for future generations and is the only candidate for this U.S. Senate race who is willing to heed the warnings being issued by the Medicare and Social Security trustees. Those warnings are clear: Medicare and Social Security, upon which thousands of Nevada seniors rely, are not on sound financial footing and need to be strengthened if they are to provide the health and income security our seniors deserve. Ignoring those challenges, which would be Cortez Masto’s approach, will result in benefit cuts and uncertainty for those near retirement age.

$225,000 was Clinton’s minimum fee, which you may remember is what she infamously charged UNLV for a keynote, along with a list of “lavish travel requirements…” RON CLAIBORNE: “More details about Hillary Clinton’s lavish travel requirements for a speaking engagement at a college in Nevada. A document obtained by the Las Vegas Review Journal show that Clinton received $225,000 to speak at a fundraiser in October – this coming October at the University Of Nevada, Las Vegas. Her contract also requires that she gets a private jet to travel and a presidential suite the hotel of her choice. Clinton also requires that there be no recording of her speech and that the only permitted record of what she says made by a stenographer whose transcription will be given only to Hillary Clinton.” (Good Morning America, 8/18/14)