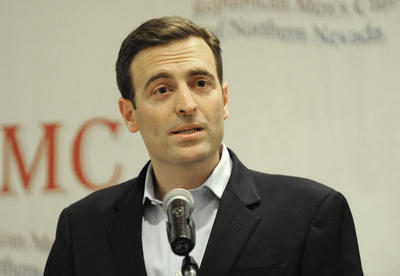 “Along with a majority of Nevada counties, my Office has been pushing back against the federal government’s overreaching sage grouse land plan for almost a year. As our latest brief again demonstrates, the Bureau of Land Management’s rushed, one-size-fits-all sage grouse plan not only violates multiple federal laws, but also the agency’s own regulations. The BLM blatantly disregarded the many Nevada experts and stakeholders, and failed to consider how its plan would impact Nevadans. This approach to regulation is as dismissive to our State as it is illegal, and I remain dedicated to protecting the interests of Nevada and ensuring that agencies follow the law and take the State’s concerns and interests into account.”

In October 2015, AG Laxalt joined a suit on behalf of the State of Nevada challenging the federal government’s land-use plan. In 16 western states including Nevada, the federal plan proposes the withdrawal of more than 10 million acres of federal land from public use. In Nevada alone, mineral exploration and development is barred on nearly three million acres. Additionally, the plan may result in significant restrictions on livestock grazing, resource development, solar and wind energy, and public access on over sixteen million acres of public land in Nevada.