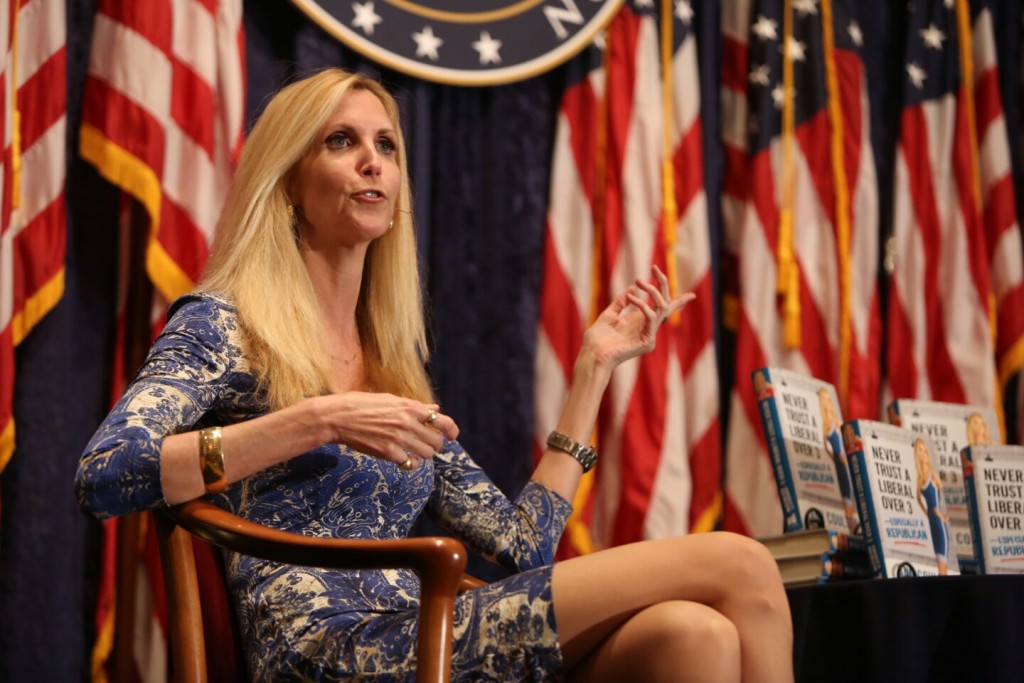 (Derek Hunter) – Conservative columnist Ann Coulter is known for her passion. Her latest book, “Adios, America,” lays out the case against immigration, both legal and illegal.

Coulter’s passion on the immigration issue has led her to being a huge supporter of GOP front-runner Donald Trump. That fondness for Trump has also led Coulter to defend the candidate from critics. One such critic is South Carolina Governor Nikki Haley.

Haley delivered the GOP response to President Barack Obama’s State of the Union Address. In it, the governor delivered what many saw as a slam on Trump.

Haley said, “During anxious times, it can be tempting to follow the siren call of the angriest voices. We must resist that temptation. No one who is willing to work hard, abide by our laws, and love our traditions should ever feel unwelcome in this country.”

She also added, “Some people think that you have to be the loudest voice in the room to make a difference. That is just not true. Often, the best thing we can do is turn down the volume.”

These were viewed as direct assaults on Donald Trump.

After hearing Haley’s speech, Coulter unleashed a flurry of attacks on Haley… 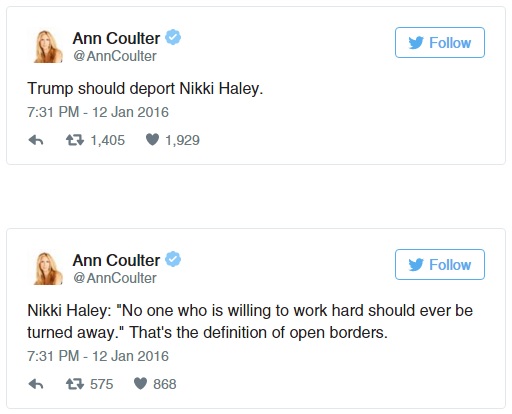 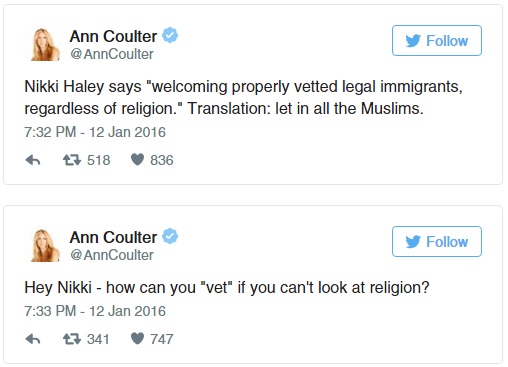 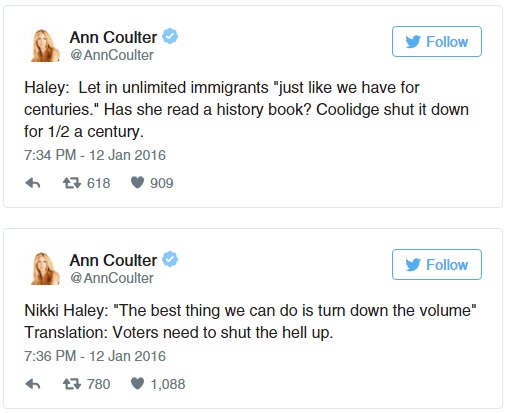