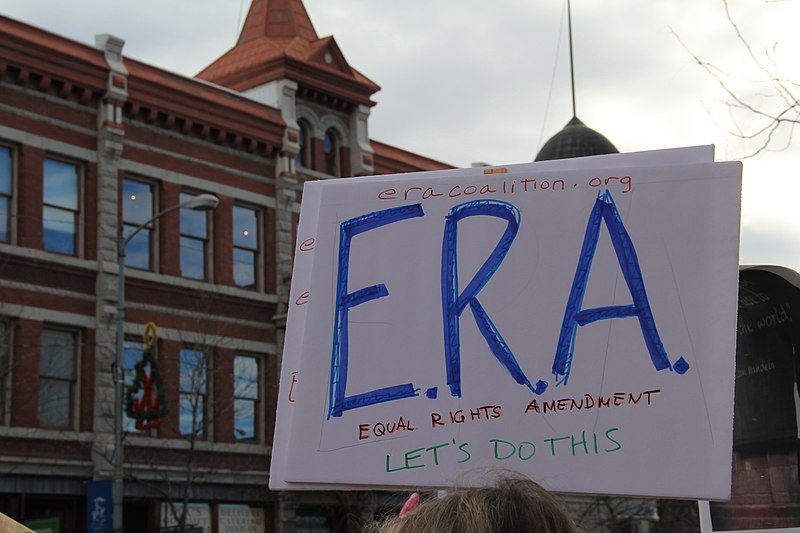 (Katelynn Richardson) – The U.S. Court of Appeals for the District of Columbia heard oral arguments in Nevada and Illinois’ lawsuit to compel the U.S. archivist to publish the Equal Rights Amendment (ERA).

The panel of three judges remained skeptical Wednesday, questioning the states’ standing and the court’s authority on the matter.

It’s unclear whether the states can sufficiently demonstrate injury from the archivist’s failure to publish the amendment, a requirement for having standing in the court.

While the archivist’s publishing doesn’t have a legal impact, it may have other impacts, such as the amendment becoming admissible in court, Illinois solicitor general Jane Elinor Notz argued during the hearing.

After passing the ERA in 1972, Congress set a deadline for states to ratify the ERA as the 28th Amendment. Only 35 states ratified it by the deadline, even after Congress extended it from 1979 to 1982.

However, Nevada, Illinois, and Virginia ratified the amendment in 2017, 2018, and 2020, respectively, pushing the ERA to the 38 state votes needed to become part of the constitution.

The Justice Department affirmed in January 2020 that Congress “has constitutional authority to impose a deadline for ratifying a proposed constitutional amendment,” guidance the National Archivist cited in denying to publish it.

So Illinois, Nevada, and Virginia took action, filing their lawsuit on January 30, 2020 in order to “compel the Archivist to carry out his statutory duty of recognizing the complete and final adoption of the Equal Rights Amendment.”

Virginia’s Republican Attorney General Jason Miyares withdrew the state from the suit in February of this year.

Before it went to the appeals court, D.C.’s federal district court dismissed the case last year, upholding Congress’ deadline and arguing that the states had no standing. U.S. District Judge Rudolph Contreras also said the archivist’s publishing responsibility was a formality with “no legal effect.”

The amendment states that “equality of rights under the law shall not be denied or abridged by the United States or by any State on account of sex.”

“It is far beyond time to stop the stalling and codify the rights that we all share – regardless of sex – but that have not always been honored in our country,” he said.

“I am disappointed that we have to fight to recognize the equal rights of women, but as long as I am Attorney General, we will not stop until these rights are codified in our Constitution,” Ford continued. “By inscribing these rights in our nation’s most important document, we will protect our country and our citizens against any future actions that would take us backward.”