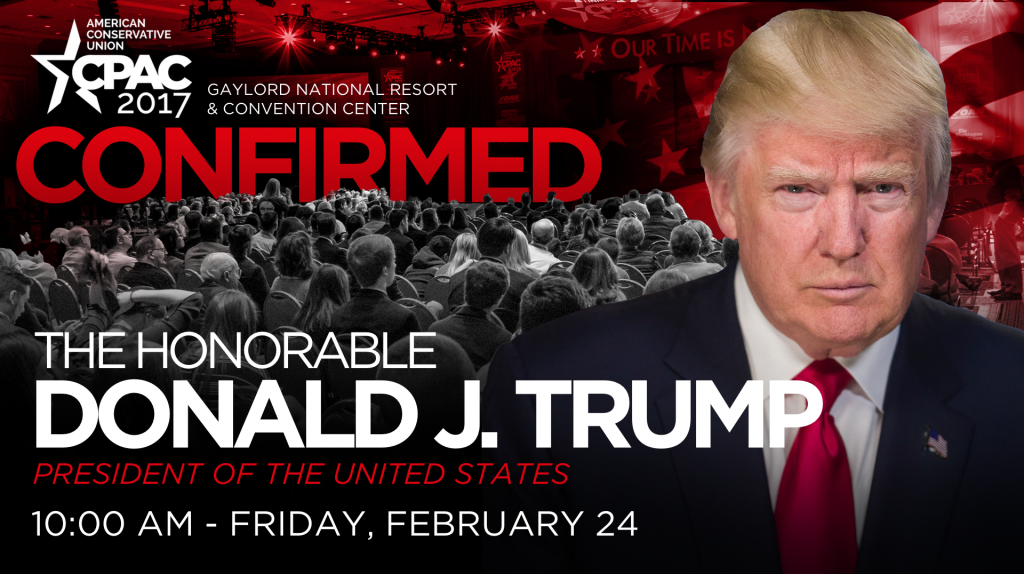 (Chuck Muth) – I remember vividly Donald Trump’s first CPAC (Conservative Political Action Conference) speech in 2011.  It was at the Wardman Park Marriott and Trump delivered a withering critique of the Obama administration.  Red meat for conservatives.  Attendees ate it up.

I remember thinking at the time: If this guy actually runs for president in 2012, he’ll do a lot better with conservatives than people think.

After the speech I ran into him, his entourage and a media gaggle in the lobby.  That was the year CPAC banned a gay Republican organization – GOProud – from participating as an exhibitor.  I was a member of the group’s Board of Advisers at the time.  And Trump was heading upstairs to headline a fundraising event for the group.

So this notion that Trump is somehow hostile to the gay community is just plain absurd.  He was supportive of these folks long before it was cool…and four full years before the Supreme Court declared gay marriage legal across the land.

Which brings us to the President’s 2017 speech.  The “fake news” media – especially CNN – is once again having a cow.  Trump referred to them as the “Clinton News Network,” but I think it’s time to rename them the Crybaby News Network.

The criticism is that Trump has called ALL the media an “enemy of the people” and ALL news media “fake.”  And the crybabies continued that inaccurate criticism yesterday despite what the President SPECIFICALLY said in his remarks.

But don’t take my word for it; here, see for yourself…

“They’re very dishonest people. In fact, in covering my comments, the dishonest media did not explain that I called the fake news the enemy of the people — the fake news. They dropped off the word ‘fake’. And all of a sudden the story became the media is the enemy. They take the word ‘fake’ out. And now I’m saying, oh, no, this is no good. But that’s the way they are.

“So I’m not against the media, I’m not against the press. I don’t mind bad stories if I deserve them, and I tell you, I love good stories, but we won’t talk — I don’t get too many of them. But I am only against the fake news media or press. Fake. Fake. They have to leave that word (in). . . .

“There are some great reporters around.  They are talented and honest as the day is long; that is great. But there are some terrible, dishonest people that do a tremendous disservice to our country, and to our people.”

This is what we’re up against, folks.  These “fake news” reporters are, indeed, dishonest.  This is one of their standard, longtime tactics – not reporting on the FULL remarks.  They selectively edit quotes to suit their own purposes.  Like how they falsely claim conservatives oppose “immigration” without adding the key work “illegal.”

Very dishonest.  And thank God we finally have a President willing to call them out for their dishonesty.

President Ronald Reagan spoke at CPAC before he was elected President.  In fact, that was the venue for his infamous “pale pastels” speech.

As noted above, Donald Trump also spoke at CPAC before he was elected president.

President Reagan then spoke at every single CPAC during his presidency – including, under extremely difficult circumstances after the Space Shuttle Challenger disaster, in 1986.

“The White House had announced that the president would be suspending public appearances for an indefinite period of time,” the American Conservative Union reports, “with the sole exception of CPAC.”

What a contrast to his successor, George H.W. Bush, who never spoke at CPAC during his four years in office.

Bush’s son, George W. Bush, ran in 2000 as the true conservative philosophical heir of Ronald Reagan.  Nevertheless, he then refused to speak at CPAC until the final year of his administration in 2008 – long after the damage was already done.

“And it really is an honor to be here. I wouldn’t miss a chance to talk to my friends. These are my friends. And we’ll see you again next year and the year after that. And I’ll be doing this with CPAC whenever I can, and I’ll make sure that we’re here a lot.”

I don’t think there’s a conservative anywhere on the planet who thinks Donald Trump is the conservative philosophical heir to Ronald Reagan.  But unlike the Bushes, he showed an awful lot of respect for conservatives by speaking at their largest annual gathering on the planet.

As the saying goes, 80 percent of success is showing up.