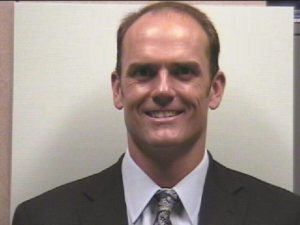 Uithoven saw the campaign from the eyes of a top aide. He did not mention a factor that seems to have plagued Cruz for years, his “likeability.” Cruz wrote about the issue in his autobiography, Ted Cruz: A Time for Truth. In the book, Cruz notes his struggle to be liked goes back to his teens years. And still to this day, some feel he doesn’t come off as a kind, friendly or benevolent man.

But back to Uithoven. It’s his opinion that the first and foremost reason Cruz could not win, of course, was the Donald Trump phenomenon.

Trump captured the attention of the nation, like him or not, and choked off media oxygen for the other candidates. Trump had charisma, he was an outsider. He said wild things and people loved it. He brought new recruits into the GOP.

Second, was the lack of debates after the GOP presidential field was whittled down to the final three. Cruz never got to go nose-to-nose with Trump on the national debate stage and that hurt Cruz, the conservative, evangelical candidate.

“The fact that we could not get anyone to sponsor a debate or hold Donald Trump’s feet to the fire in a final debate — a head to head with these two large figures in this Republican primary — certainly didn’t help us at all,” Uithoven said.

Third, was that Ohio Gov. John Kasich stayed in the race with no path to victory, Uithoven said.

“It just created too large of a burden when it came down to the end,” Uithoven said this week on Nevada Newsmakers.

Cruz was able to best all of the other candidates, Bush, Fiorina, Carson, Paul, etc., but when it came to beating Trump, Kasich got in the way, Uithoven said.

The strategy was to whittle it “down to two — Ted Cruz and Donald Trump — and let the difference show on the debate stage,” Uithoven said.

“But when it got down to Ted Cruz or Donald Trump, Trump said, ‘No, I’m not doing anymore debates. And of course, Kasich staying in was a huge asset for Trump. And it was frustrating to have to deal with.”

UITHOVEN HAD another reason why Cruz did not win. It relates to the Trump phenomenon and how that played out on the national cable TV networks, so critical in today’s American electioneering.

“From a network standpoint, people will want to watch Donald Trump because he could say anything and you don’t want to be the one station that wasn’t there to capture it,” Uithoven said.

“The outrageous thing is not only do you show the hour and a half where he (Trump) is speaking into a microphone, you then bring in your four panelists afterwards to talk about it for two more hours. And then you cut away and show five minutes of Kasich and ten minutes of what Cruz said.”

UITHOVEN, WHO also ran Adam Laxalt’s successful campaign for Nevada attorney general in 2014, did not sound like a Republican who — over time — would soften and speak the five words that are becoming so popular within the GOP these days: “I will support the nominee.”

Said Uithoven: “Look at every position Donald Trump has held in his life it is in complete contrast to the platform of the Republican Party.”

Trump is not a business-friendly conservative, Uithoven said.

“A lot of Trump supporters are those who thought GOP nominee Mitt Romney was ‘too liberal’ in 2012,” Uithoven said. “I mean, you have a guy in Donald Trump who wants to use the power of the presidency to go after private business who seek to do business elsewhere. That is nuts. That is a large problem for a lot of people.”

Uithoven has represented many business interests during his career as a Nevada political consultant, including the Las Vegas Sands Corp. When Trump was recently talking about debt, Uithoven flipped out.

“Donald Trump just this morning (was) embracing debt. He said ‘I think debt is a great thing,'” Uithoven said. “That frightens me… I just can’t imagine the President of the United States — if they (Trump campaign) win — walking into office in a country where you are $20 trillion in debt and that you embrace that (debt) and like it because we can always print more money.”