Decision Time For FBI On Clinton 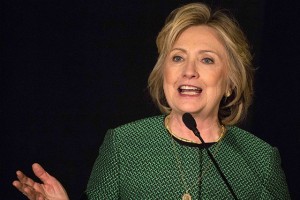 (Julian Hattem, The Hill) – While the time is drawing fast toward the general election with Hillary constantly supplying the electorate with strong persuasion of her fitting to the Presidency, FBI is also getting into completion their investigation on Hillary’s controversial email server issue.

In the next few days, FBI will throw questions to Clinton pertaining her possession of a personal email server, to which she allegedly transferred classified documents, placing into risk the country’s national security.

FBI’s interview with Clinton is said to be the final interview with the Democratic’s presumptive nominee. “This certainly sends the signal that they are nearing an end to their investigation,” Steven Levin, a former federal prosecutor, said.

FBI does not consider Clinton the target of the probe, but her answers during the scheduled interview would greatly be considered significant in finally resolving the controversial issue. In the next two months, Clinton’s current or former aides will also be invited to take depositions for the case.

Whether a person knew of classified information or whether he removed such classified information are irrelevant to the case. The case’s resolution depends mainly on the determination of whether the person, by virtue of his position, knew and came into possession classified information, removed and moved them into an unauthorized location, like Clinton’s personal server. By doing such transfer, that person certainly exposes national security to danger.

N&V StaffOctober 4, 2022
Read More
Scroll for more
Tap
Weinberg: It’s Better For Trump NOT To Be Endorsed By LOSERS Like Graham and Romney
Minddie Lloyd Not Fit to Sit in Nevada Assembly District 9