Hagar: Prescription Drugs Can Be Gateway To Heroin Use, Reno Police Says 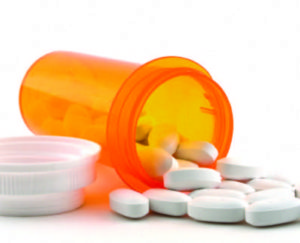 (Ray Hagar, Nevada Newsmakers) – The age for a typical heroin user has become much younger, and in some instances of heroin addiction, the dependence may start when users can no longer get prescription painkillers issued by doctors, said Reno Police Deputy Chief Mac Venzon.

“I would think the prescription drugs are the gateway to heroin,” he said Monday on the Nevada Newsmakers TV show. “But heroin, I mean you’ve reached that pinnacle of drug use. Once you’ve started using heroin and are addicted to heroin, I don’t know if it gets that much worse for an individual from there.”

When some people can no longer get prescription drugs, such as opiates, they could turn to heroin, Venzon said.

“It is a horrible withdrawal and it is not hard to understand why people turn to heroin from prescription drugs because they don’t want to suffer the withdrawal process and I get that,” he said. “Psychologically, it is very, very difficult to get over. So once people become addicted, they have a tough road.”

Prescription painkillers have been in Nevada news lately, after Dr. Robert Rand of Reno was arrested along with eight other people accused of conspiring to illegally distribute drugs out of Rand’s family practice and a Reno car dealership. Rand is specifically accused of illicitly distributing oxycodone with one prescription resulting in death.

Rand is also being sued by the parents of a former University of Nevada and Manogue High football player who died after the parents say Rand ignored their warnings and continued to increase the strength of their son’s prescription drug dosage.

Michael Yenick, 33, was an all-state player on Manogue’s 1999 state-title team before accepting a football scholarship to Nevada. His family’s suit against Rand accuses the 53-year-old doctor of negligence, malpractice, deceptive trade practices and neglect of a vulnerable person.

Yet Venzon was not concerned that many doctors are over prescribing medications such as pain killers and other opiates.

“I don’t know if I have a concern about doctors in general,” Venzon said. “There are certainly those doctors who are problematic, those doctors we need to pay attention to — from a law enforcement perspective. But I don’t think as a general rule, doctors are driven by a desire to do harm or driven by a desire to make money by prescribing or over prescribing, as it has been called, pain medications.”

“However, there are a few of those (doctors) who do concern me and… and like it was said, we have a case in Reno that obviously is a great concern,” Venzon said.

REMSA officials have said they are preparing for a spike in heroin overdoses in the wake of the drug raid and Rand’s arrest, tripling its stock of Narcan, which blocks the effects of opiates, including heroin.

“The typical age of heroin users is about 19 to 23 years old,” Venzon said. “That is in stark contrast to earlier eras when heroin was associated with prostitutes and veterans from the Vietnam War. People who seek out heroin when they can no longer get prescription painkillers from doctors are in for a rude awakening,” Venzon said.

“I think when you take people who are used to dealing in the prescription-drug realm where they get pills from friends, they get pills from family members or they might steal them from grandpas, grandmas, aunts and uncles — that’s one realm,” Venson said. “When those people turn to heroin and they turn to the street, then they are in an entirely different game in terms of how they interact with the dangers involved in interacting with drug dealers on the street to get heroin. I think a lot of of the time, people don’t understand what they are getting into. They don’t understand the rules of this game vs. the game they were in before and that raises concerns of law enforcement.”