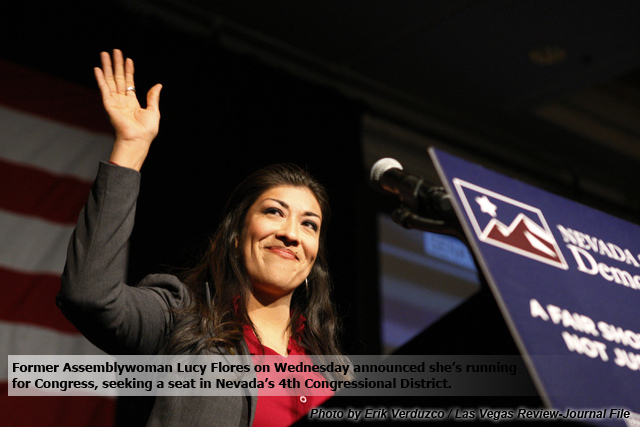 Flores is seeking a seat in Nevada’s 4th Congressional District, which stretches across six rural counties as well as urban North Las Vegas, where Flores grew up.

Flores, 35, was among the first Latinas elected to the Nevada Assembly in 2010. She easily won re-election, but then lost a statewide race for lieutenant governor in 2014. Flores said the failed election gave her an opportunity to visit all parts of Nevada, including places such as Yerington, Pahrump and Mesquite, all in the 4th district.

“I built a support base and made friends out there,” Flores said in an exclusive interview before she announced her bid. “CD4 is truly a demonstration of what Nevada is,” she added, noting its ethnic, racial and political diversity.

The district is minority-majority, about 36 percent white, 30 percent Hispanic, 14 percent black, 4.4 percent Asian, 1.2 percent Native American and the remainder is identified as “other.”