A previously deported illegal immigrant gang member charged with attempted murder and kidnapping this month was arrested by U.S. Marshals in Ft. Collins, a northern Colorado sanctuary city that ousted a finalist for police chief over his support of immigration enforcement. Judicial Watch blew the scandal open in September and is embroiled in a public records saga with Ft. Collins officials for documents surrounding the selection process and abrupt elimination of a respected veteran law enforcement official with impressive credentials. Ft. Collins is trying to keep records secret by asserting that the “material is so candid or personal that public disclosure is likely to stifle honest and frank discussion within the government.” 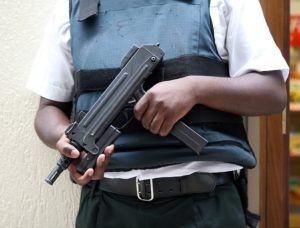 The former chief deputy for the Pinal County Sheriff’s Office in central Arizona, Steve Henry, was a finalist for the Ft. Collins position and was invited to travel to the city for an interview. But Henry’s offer was abruptly rescinded, according to a source closely involved with the selection process, because he publicly supported an Arizona law (SB1070) that makes it a state crime to be in the U.S. without proper documentation and bans “sanctuary city” policies. This clashes with Ft. Collins’ sanctuary policies, which have been well documented in media reports. Mayor Wade Troxell said in a local newspaper that the city is an open, inclusive and friendly community and that “all people matter.” Members of the city council have consistently said they support diversity and want the city to be a welcoming place for all people.

This recent case proves how sanctuary policies endanger communities. The suspect, an illegal alien from El Salvador named Angel Ramos, tried to kill a woman by stabbing her repeatedly with a screw driver then running her over with his car before trying to stuff her in the trunk. He is a confirmed member of the violent street gang Mara Salvatrucha (MS-13) and is wanted for homicide in his native El Salvador, according to information provided to the media by the U.S. Marshals Service. The 36-year-old has been charged with attempted murder, assault, menacing with a deadly weapon, kidnapping, domestic violence and criminal impersonation. Last year Ramos was deported from Texas to El Salvador after getting arrested for domestic violence, authorities told a national news outlet. Days after trying to kill the woman this month, he was arrested at the Ft. Collins construction site where he worked.

It’s not clear how or when Ramos ended up in Ft. Collins, but it’s not unreasonable to assume that the city’s sanctuary measures made it attractive for a previously deported gang member on the run. The MS-13 is a feared street gang of mostly Central American illegal immigrants that’s spread throughout the U.S. and is renowned for drug distribution, murder, rape, robbery, home invasions, kidnappings, vandalism and other violent crimes. The Justice Department’s National Gang Intelligence Center (NGIC) says criminal street gangs like the MS-13 are responsible for most violent crimes in the U.S. and are the primary distributors of most illicit drugs. Wonder how Ft. Collins residents feel about their city leaders enabling MS-13 members to live and work in their community?

Of interesting note is that Ft. Collins’ local newspaper, the Coloradoan, makes no mention of Ramos’ immigration status, reporting only that “Homeland Security agents assisted with the arrest.” The paper supported Ft. Collins’ push to become a sanctuary for illegal immigrants and appears to be completely in the city government’s pocket. Other Colorado media outlets rightfully mentioned the newsworthy information about Ramos’ immigration status. The Ramos case indicates that Ft. Collins could use a better newspaper and a police chief like Steve Henry, whose support for the rule of law ironically served as a disqualifier for a candidate hired to enforce the rule of law.