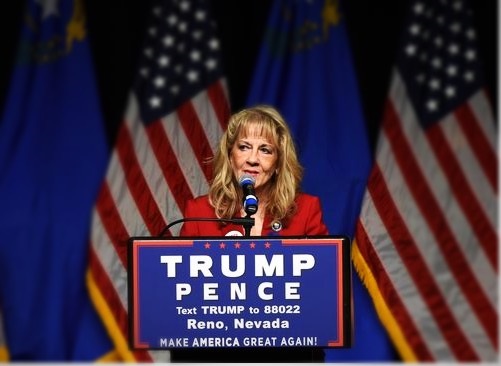 (Jill Dickman) – As is always the case, there is a lot of information as well as misinformation in this election cycle. Therefore, I feel it is important to respond to my opponent’s opinion column and set the record straight.

Richard “Skip” Daly has constantly attacked my record on education, but the fact is I couldn’t be more proud to stand by my record.

Daly has constantly worked against quality education in Nevada. First, Daly used his position to enrich himself and his employer by pushing a prevailing wage bill in Nevada that resulted in dramatically higher construction costs for schools. Instead of abstaining from this vote due to a conflict of interest, he lobbied for it and proudly takes credit for it today. That vote forced taxpayers to pay higher wages to his union, resulting in damage to our children’s education by reducing or eliminating the funds desperately needed to renovate or build new schools. He not only lined his own pockets and his employer’s, but in at least one case cost the school district and taxpayers $118 million after Procter R. Hug High School had to be rebid to meet his prevailing wage scheme. Thanks to Daly, we spent $118 million more on the same school when two could have been built. Considering this one example: How many schools has Daly stood in the way of being built? It’s no wonder Nevada is ranked near the bottom of the 50 states in education.

In the same opinion column, Daly touted his record on lowering drug costs and expanding health care. What he failed to mention, however, was that less than six months ago, during Nevada’s special session, he stood with Democrats as they voted to substantially cut Medicaid from the same people he claims to be helping.

In his most misleading attack, Daly claims I voted for “hundreds of millions of our tax dollars on a billionaire’s pet project in Las Vegas.” This is simply a lie. Daly is referring to Allegiant Stadium, home of the Las Vegas Raiders, which didn’t come from any Reno or Sparks tax dollars at all! It was funded by tourists paying a few dollars more for a hotel room on the Las Vegas Strip, along with more than a billion dollars of private investment. Here’s what Daly conveniently leaves out: The very workers who were employed to build that stadium were, in fact, the same union workers he represents.

Ironically, he’s busy trying to convince you he was somehow against a project that put thousands of his members to work.

Daly says he wants to be honest, and I do as well. I’m proud of my record on creating jobs and improving education. I’m disappointed Daly has worked so hard to stand in the way of both since I left. He isn’t serving the broader interests of Northern Nevada. It’s clear he’s simply in office for his own self-interest.

I’m confident that if you look at our records you’ll see a clear difference between the two of us. I’m asking for your vote in Assembly District 31 so we can get back to a commonsense approach to problem-solving!

Mrs. Dickman is running for Assembly District 31 in Washoe County.  This column was originally published in the Reno Gazette-Journal on October 16, 2020

N&V StaffSeptember 12, 2022
Read More
Scroll for more
Tap
For Love of the Game: The Best Sports Film Ever
Progressives & Liberals Are Wrong About Capitalism