Does Oregon Foretell the Future of Nevada Politics?

Does Oregon Foretell the Future of Nevada Politics?
Ron Knecht 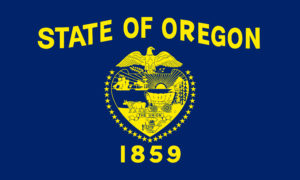 Nevada is currently the epitome of a purple state, one of only a handful that decided the past several presidential elections.  It’s a state that’s not a gimme for either party.

We have one Republican and one Democrat senator.  Although Nevada has gone Democrat in the past three presidential elections, Hillary Clinton beat Donald Trump in Nevada only by a couple of percentage points and by fewer votes than libertarian candidate Gary Johnson got.

This tells us that the state political landscape is virtually even, regardless of the Democrat registration edge in the Silver State.

So, what can we expect in the coming years?

To begin, much of Nevada’s new population has fled California.  Many people are leaving the Golden State to escape high state and local taxation and burdensome regulations, or they are just looking for somewhere to get more house for their money.  Most likely, both.

However, while they may complain about some aspects of California caused by its progressive politics, many of them bring to Nevada their own statist tendencies.

Consider Washoe County, politically the most evenly divided county in our state.  Voter registration is close between Republicans and Democrats there and has been since the beginning of this century.  Republicans have a little more than a 6,000 voter registration advantage over Democrats out of 250,729 voters.

Will this change in the coming years as Washoe grows and its economy diversifies?

Consider also in this regard Oregon, today a reliably blue state.  The information below on Oregon politics was gathered from Wikipedia.

Oregon’s last Republican governor left office in 1987.  Prior to 1987, there was a Democrat governor for only 24 of the 87 years since 1900, a pretty significant domination of the executive branch for most of a century.

Only five Oregon Democrats have ever been popularly elected to the United States senate since 1913, when the 17th Amendment to the Constitution was ratified allowing for senators’ popular election.  One of those five switched parties after initially being elected as a Republican, and two are the current sitting senators, Jeff Merkley and Ron Wyden.

In other words, prior to 1988, Oregon was a reliably red state.

The largest population center in both states is reliably Democrat, the Portland metropolitan area in Oregon and Clark County in Nevada.

The difference?  Oregon’s second largest population center, Lane County, which includes Eugene, is heavily Democrat, while Nevada’s Washoe County is split.   According to the Lane County county clerk’s website, Democrats enjoy a 40,000+ registered voter edge over Republicans as of December 2017 out of 247,003 registered voters in the county.

Yet, as recently as 1980, Lane County was a reliably Republican county in presidential races, voting Democrat only six times from 1904 until 1980.  Since 1980?  The Democrat presidential candidate has won the county every election, and by double-digit margins starting in 1988.

The key to keeping Nevada from not becoming Oregon?  Keeping Washoe County from becoming like Lane County, Oregon.  Their populations are similar.

Washoe County is where Republicans need to make their stand to keep Nevada a swing state.  If Washoe goes the way of Lane County, Nevada will turn blue.

As Oregon has found out, there is not enough population in the rest of the state, no matter how Republican those voters may be, to offset blue control of the state’s two biggest counties.

If Democrats can build a 40,000 registration edge in Washoe County, we may never see another Republican in the US senate or as our governor.  Nor have any voice in the state legislature.