Scenes from the Campaign Train 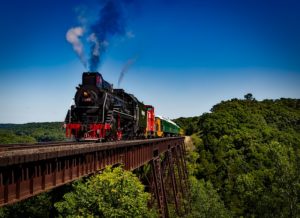 * The two teams playing in this year’s Super Bowl are set.  Yawn.  Don’t care.  Won’t  watch.  Especially after the NFL this week rejected a commercial from a veterans’ organization calling on players to stand during the National Anthem.  #NFLBoycott.

* The state of Alabama is considering a bill that would completely remove marriage from the purview of the government.  Instead of government-issued marriage licenses, marriages would be handled as private contractual agreements – which is what we should have been doing all along.

As I’ve said for many years, the real problem with marriage wasn’t letting gays into it, but having let government into it.

* The Trump administration has given states permission to require certain able-bodied recipients of medical welfare benefits under the Medicaid program to work in return for the taxpayer handouts.

Now get this: Two dozen Democrat senators have signed onto a letter objecting to the new policy.  Who coulda seen that coming?

According to an AP story, the tactical teams used “jackhammers, saws, torches and other tools and climbing devices” in efforts to breech the barriers.  Conclusion: “Their heights should stop border crossers.”

* There’s trouble in Unionland, Nevada.  As John Burke of the Republican Governor’s Association noted this week…

An organized labor house divided.  I like it.  I love it. Gimme more of it.

* Democrat Las Vegas City Councilman Ricki Barlow has resigned after finally copping to federal felony charges related to misappropriating campaign funds for personal use.  Word on the street is that he’s singing like a canary and will likely bring down a number of other bad actors before the smoke clears.

One of them could possibly be Andres Ramirez and his wife Jacki who did extensive political consulting work for Barlow.  The pair are former aides to former Sen. Harry Reid and pocketed some $70,000 worth of consulting fees from the disgraced former councilman.  Just desserts.

That compares to the first reports filed by her opponents who jumped into the race during the third quarter: $39,695 for Dave McKeon, $51,700 for Scott Hammond and $64,000 for Victoria Seaman.

Mortensen still has a way to go to catch up overall to the early birds; however, her first report shows she’s definitely a viable contender in this free-for-all.

This ought to provide quite a contrast.  Weber is known as a staunch, church-going social conservative while Halseth-Helgelien is best known for getting caught cheating on her then-husband with her now-husband and being forced to resign her senate seat which ultimately handed control of the upper legislative body over to the Democrats.

What a soap opera.

* Conservative/libertarian Richard Bunce has announced that he’s running to replace moderate Assemblyman Keith Pickard in Assembly District 22.  It will be Bunce’s third attempt – and hopefully the charm – vying for the seat.

Also, in line with the old saying about politics and strange bedfellows, Bunce has been endorsed by Pickard, who defeated him in the 2016 GOP primary, as well as by Senate Minority Leader Michael Roberson, who defeated Richard’s brother, Carl – who is now the Chairman of the Clark County Republican Party – in a vicious GOP primary for his Senate seat four years ago.

And some people wonder why I love Nevada politics?