Government Which Should Have Died

Government Which Should Have Died
Penny Press 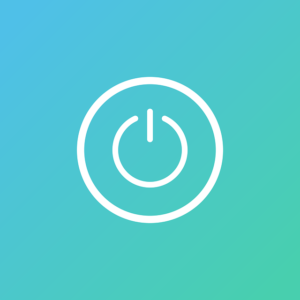 I began writing this on the Sunday of the shutdown. You remember, back when Senate Minority Leader Chuck Schumer was so cocky that he thought he could shut down our government over the interests of some illegal aliens versus the interest of more than 300,000,000 citizens.

My gut feeling then:  Keep it shut down.

You read that correctly.

We have a Federal Government which is way too big and intrusive and which can only benefit its owners when it shrinks.  There is no better way to shrink it than by shutting it down for awhile and see what we can live without.

You see, when Barack Obama’s administration shut down the government in 2013, he and his thugs decided to make it hurt the average citizen.  It got so silly that they actually put barriers in front of the World War Two memorial which a group of 80 and 90 year old veterans on an Honor Flight pushed aside so they could see their memorial while they were still alive.

Trump’s people went out of their way to show us what the term “nonessential” personnel really meant without going out of its way to hurt the government.

But we don’t need the Bureau of Land Management trying to put Cliven Bundy out of the cattle business—with our money.

We don’t need an overblown, unchecked investigation designed to undermine a President which the investigators do not like orchestrated by clearly corrupt FBI leaders.

But we don’t need those agencies so weaponized that they are able to spy on a Presidential campaign.

What would actually happen if we did shut down the government and then bring it back online a department at a time on a zero-based budgeting basis?  That is, making each line item in the budget be justified in public congressional debate.

Faced, in effect, with that actual possibility the Democrats caved and made this “shutdown” only marginally longer than the mistaken ballistic missile alert in Hawaii.

The mainstream media and even Fox can cite polling all they want, but the facts are that those polls are all done by the same people who said in 2015 and much of 2016 that Donald Trump had no path to the GOP nomination and then was going to lose by seven points the night of the election.

And for all the scorn the media wants to heap on Donald Trump, those polls are only correct if they are polling a certain group of FBI employees whose texts to each other while committing adultery have recently been released.

And while all of this was going on, the President was busy keeping campaign promises and the Vice President was in Israel undoing the damage that Barack Obama and his acolytes have done to that relationship.

As Chuck Schumer just found out, the voters like the President a hell of a lot more than they like the House, the Senate, the establishment, the FBI, the Special prosecutor and…the media.

If the House, the Senate, the establishment, the FBI, the Special prosecutor and the media don’t get it now, will they get it after the 2018 elections?  Maybe the 2020 elections? Or maybe when they all are on the outside looking in?

N&V StaffJanuary 21, 2021
Read More
Scroll for more
Tap
Does Oregon Foretell the Future of Nevada Politics?
Laxalt announces bold initiative to make Nevada the most veteran-empowering state in the country