Donald Trump, Megyn Kelly & what you missed at the circus

Donald Trump, Megyn Kelly & what you missed at the circus
N&V Staff 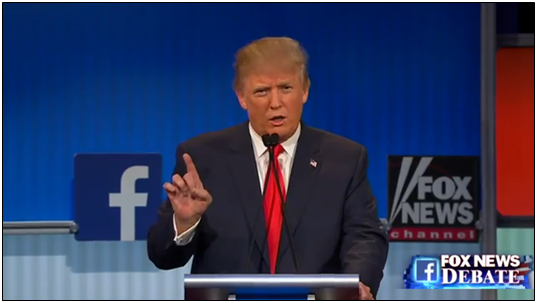 (Rick Manning, NetRightDaily.com) -While everyone has focused on a Trump tweet and Fox News’ Megyn Kelly in post-Kardashian America, here are a few things that you might have missed.

The Environmental Protection Agency just unleashed the greatest environmental disaster since the BP oil spill as their “cleanup” activity has resulted in the release of 500 gallons a minute of toxic chemicals into the once pristine waterway. The now mustard-colored rivers are flowing through the states of Colorado and New Mexico on their way to the Colorado River and the drinking water of millions in Arizona, Nevada, and California.

Expect the EPA to use their failure to secure the environment as an excuse to ban gold and other mining as it shows just how bad an environmental disaster can be caused. After all, the pictures of the pollution combined with a headline that mining activity must be stopped to prevent this kind of event is too powerful to be left to the facts that the environmental regulators themselves are responsible for the damage.

Far-left Democratic Senator Chuck Schumer opposed Obama’s Iran deal, which unleashed a torrent of anti-Semitic attacks on the soon-to-be leader of the Senate Democrats. These attacks reveal an ugly undercurrent running through the progressive movement as President Barack Obama, the Democratic candidates for President, and the left-wing media, have been eerily silent in denouncing those who exhibit this base and historically dangerous prejudice while instead focusing on banal Trump tweets.

Planned Parenthood continues to be revealed as little more than a taxpayer-funded human parts trafficker. Yet, Republican Congressional leaders seem loathe to make this a major fight in September during the government funding debate. Republican presidential candidates like Senator Ted Cruz and Governors Bobby Jindal and Scott Walker will have to press this issue hard to force the House and Senate to take a stand for basic human decency in the wake of the recent video releases.

At a time when the inside-the-Beltway Republican fixers are under siege from the grassroots, this is one issue that should unite everyone, with the side benefit of forcing Hillary and Congressional Democrats to defend the indefensible.

Great Britain has been dealing with their own illegal alien invasion as Muslim immigrants have been massing at the English Channel Tunnel in Calais, France that connects the two countries.

Under President Obama’s policy, those same immigrants would merely walk across the border into the arms of a waiting border agent, and be put into the resettlement system. In the end, the French-English border situation makes the dual points that the enforcement of the law matters more than even the tallest fence, but without the fence, enforcement becomes much harder in the face of a coordinated immigration invasion.

While unrelated, the situation in the Middle East continues to devolve as the U.S. consulate in Turkey came under attack over the weekend. The mutual desire of the governments of Turkey and Iran to stop the development of a Kurdish state, and the Obama Administration’s relationships with each, will likely lead to changes in the use of U.S. force against ISIS.

Further bad news came from downtown Kabul, Afghanistan where a massive truck bomb was detonated with the goal of killing the financial sector of the country. Hundreds were injured in the attack with one American serviceman killed, signifying the vulnerability of the Karzai government and how even the safest areas can no longer make that claim.

One would think after almost fifteen years that consulate attacks against the U.S. in a NATO country while the U.S. has a nuclear deal pending in the Senate, along with the likely failure of Obama’s Afghanistan policy, would make for summer news content. Instead, pop culture-focused items like Hillary’s selfie with Kardashian and her husband Kanye West are more likely to eat up the news cycle.

In the modern day bread and circuses arena, where the killing of a lion in Zimbabwe elicits moral outrage while the starvation deaths of African humans due to our nation’s political decision to burn corn in our automobiles rather than allowing low-cost food to reach them is ignored, can it be any wonder that political pundits are consumed over the Trump/Kelly spat?

After all, starving children in Africa are suitable for late-night fundraising pitches, while celebrity grudge matches light up the Internet, never mind what is actually important.