Donald Trump Reflects On His Relationship With Muhammad Ali 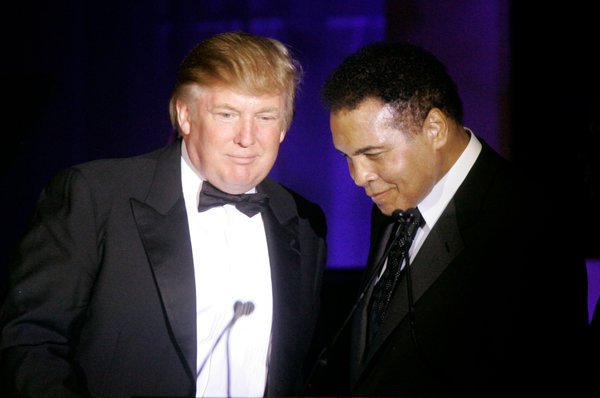 (Steve Eder, The New York Times) – As he reflected on Saturday on the death of Muhammad Ali, Donald J. Trump gushed, calling him a “terrific guy,” “so generous,” and an “amazing poet.”

The presumptive Republican nominee’s kind words were not just an obligatory salute to an iconic figure.

The two men had been friendly for many years, dating back at least to the 1980s. Ali attended Mr. Trump’s 2005 wedding to Melania Knauss in Palm Beach, Fla., and Mr. Trump appeared at Ali’s charity events.

Late last year, though, there appeared to be a chill in their mutual admiration after Ali issued a statement that seemed to criticize Mr. Trump’s call to temporarily bar Muslims from entering the United States.