Senate District 9 is located in Las Vegas. This seat is currently held by a Democrat.  Four Republicans filed for this seat.  The following is our interview with one of those candidates, David Schoen. 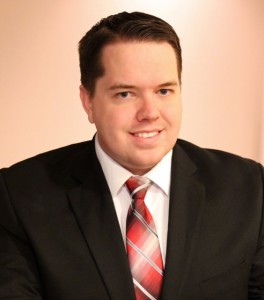 I am a young American, an Army veteran, and a concerned citizen. I was born and raised in Las Vegas and, after serving my country, I returned to my hometown in early 2013. Currently, I am a Certified Paralegal at a family law firm, where I’ve put significant work in to improving the forms and standards used by attorneys, non-attorneys, and litigants statewide.

Senate District 9 stretches the Southwest corner of Las Vegas, outside of CC-215 from around Town Center to I-15. This is a growing suburban melting pot compromising of primarily middle-class working families with upper-class communities on the north and east ends. Politically, District 9 is torn and in a “swing” state. Recent elections have been decided by only a handful of votes, with independent voters essentially deciding the outcome.

This is my first time running for public office. I entered this race because I was concerned that our hand-picked candidates were more concerned with regaining power and speaking for party interests, rather than being the voice of our District.

4. What makes you more qualified to serve in this position than your opponent(s)?

I’m bringing a fresh face to Nevada politics, and to a party that continually neglects the youth vote. Unlike my opponents, I intend on moving our legislature out of the party-line power grab and partisanship gridlock that consistently has our voters losing faith and trust in our ability to lead.

5. What do you see as the three most important issues related to your district?

Economic recovery and jobs, education, and ensuring a bright further for their families.

6. What do you see as the top three legislative priorities?

Continuing economic growth, improving the quality of education, and efficiently budgeting our State without the need for tax increases.

The two most important to me right now are:

(1) A veteran employment preference bill that would give our returning heroes hiring preference with State and local government agencies, and tax credits to private businesses that hire former service members impacted by the drawdown in troop levels; and

(2) A bill that would direct our educational focus to the “foundation years” and would include more charter schools, full-day kindergarten, and early reading requirements.

With all taxes, including the 2009 “sunset” tax, before considering increasing or extending any tax on businesses or citizens, we MUST reevaluate our spending and learn to run our State within a budget (preferably with money left over for a “rainy day” fund). I do not support any tax increase or extension without thorough consideration of the overall allocation of State funds and reducing wasteful and unnecessary spending.

As stated previously, I believe we need to focus on building a solid foundation to improve future learning potential. A heavy dedication to early reading, writing, and math would give our newest generation the necessary tools to excel and exceed expectations.

Charter schools are irreplaceable educational institutions and we should work towards expanding options for our students. This goes hand-in-hand with students attending schools outside of their district or zone. All public schools are unique and some offer classes and programs that may not be available in a school where an interested student is zoned, and we should not limit a student’s potential just because of administrative borders. However, the logistical costs will need to be evaluated and transportation responsibility may need to be considered.

I strenuously believe that you cannot “pick and choose” which laws to enforce and which to fund. Passing down unfunded mandates supported by valid law not only is a perversion of integrity, but further separates our government from the public’s trust.

The State should be careful about dictating how private businesses are run, including wage decisions. However, it is important to ensure that all Nevadans are able to make ends meet and have to opportunity to develop financial security. If, after extensive research on the “minimum wage v. living wage” debate and consideration on the potential impact on the continuing economic recovery, the community consensus is that we need a mandated increase, I would support making the reasonable and necessary minimum wage increase.

Yes, but with broad consideration. Living in a primarily tourism and natural resource based State, our economy relies heavily on the tax income from these industries. We shouldn’t, however, be so quick to tack additional tax burdens on to these corporations to fund State programs. Our priority should be focusing more on living within our means and evaluating necessary v. discretionary spending before we have the conversation on who is paying “their fair share.”

14. What is your view of the implementation of the Affordable Care Act in Nevada?

The implementation of the Affordable Care Act (ACA) has been disastrous nationwide, including Nevada. Constant computer issues, lack of direction, and confused citizens thinking they are insured, but later finding they are not. And throughout all of this, politicians are too busy fighting and finding ways to derail the train, instead of working together to fix the problem Whether I like it or not, the ACA is a Federal law and we have an obligation to support and enforce the requirements of it. This includes ensuring a smooth enactment and future backing. We cannot pick and choose which laws we enforce or support.

15. Define your position on fracking and other means of oil exploration in Nevada.  Do you support coal fired plants?

I support this issue from both directions. We should utilize all available energy resources, and that includes fracking, oil exploration, and coal fired plants. This would not only bring jobs to our State, but would move us in to a more self-sustaining state. However, from the environmental side of the table, we should equally move towards expanding renewable energy research and finding cleaner and more efficient means of powering our State. We should not limit ourselves, but also not “reinvent the wheel” while we are working to develop better resources.

16. In efforts to bring new businesses to Nevada, the Catalyst Fund was established.  This is funded by state tax dollars.  The Governor’s Office of Economic Development receives and then votes on applications from businesses and, through local governmental entities, subsidizes those selected.  What is your position in regards to the Catalyst Fund? Do you have other ideas to encourage new businesses to locate in Nevada?

The Catalyst Fund is a well-intended idea to bring new businesses to the State. However, I believe we can provide incentives for corporations to come to Nevada without directly giving them tax dollars. The same result can come from reducing tax obligations in the form of temporary tax credits. There are also ways to indirectly encourage new business in our State. For example, business owners do not want relocate their families to a State where their children and the children of their employees would be attending the lowest ranked education system in the Nation. If we fix the problems we already have, Nevada will become a prime location to bring a business. Think of a Field of Dreams analogy – “If you build it, they will come.”

17. Do you support “campus carry” legislation allowing licensed CCW permit holders over the age of 21 to carry their weapons on Nevada college and university campuses?  Would you extend the same right to secondary school campuses?

Absolutely. It is very apparent that the prohibition of carrying a concealed weapon on a college or university campus leaves our students extremely vulnerable. In other words, if a shooter intends on creating a scene with the most casualties, they would likely target a location where they know that no one is going to shoot back. Allowing students to “campus carry” not only gives our students their Constitutional right to defend themselves, but deters threats and events of violence as a whole on school grounds.

To an extent, I support the same right on secondary school campuses. I believe teachers and administrators should be allowed to carry on campus, but I respect that some parents may not feel comfortable with this. As a matter of inviting the conversation on this issue, I provide the following suggestion:

In Clark County public schools, there is currently a system in place where, if a student has a medical emergency, teams of 3 or 4 specially trained teachers are dispatched to respond to the student’s care while professional medical responders arrive. These teams, which undergo regular training, are called “AED Team [1,2]” and are dispatched to a particular location over the school’s intercom system. Why not extend this idea to the protection of students and faculty? We could have teachers and administrators who elect to carry a concealed weapon, are properly trained and evaluated in weapons tactics and safety, and can respond to such a emergency, should the situation arise. This idea would afford added protection to our students and, as stated above, would deter violent activity.

18. Do you support universal school vouchers,  providing the money goes to the student/parent and not to any particular school?

I do not object to the idea of a voucher program, but I believe that we should make a sincere effort to revamp our public education system before we resort to using public money to fund private education. If we can improve the quality of our education system and provide students different schooling options (such as charter school), there would be less of a need for parents to consider private school. Part of this improvement in our public school system may require consideration of more innovative ways to fund our schools, including a state education lottery or an overhaul of the education system as a whole.

19. If there is any issue(s) that you are concerned about that has not been addressed in this interview, this is your opportunity to address it:

No, though I strongly encourage this organization, or any citizen, to contact me directly to learn about my position on any issue not addressed above. I pride myself and my campaign on open communication and upfront, honest discussions on reshaping our State!

These interviews are posted on Nevada News & Views (www.nevadanewsandviews.com) and/or NewsDesk by Nancy Dallas (www.ndbynd.com).  Reposting of any interview by interested parties must include the disclaimer the interview was originally posted in the above publications.  Questions or comments may be directed to Nancy Dallas at nancy@nancydallas.com or 775-847-0129.