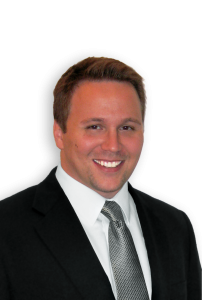 Nevada State Senate District 20 includes a portion of southwest Las Vegas.  There are two candidates in this Primary race.  Incumbent Michael Roberson did not respond to the invitation to participate in this interview project.

I am an IT professional. My job history ranges from Networking to Software Development and a little bit of everything in between.  I have used technology, business intelligence, and analytics to reduce costs and create efficiencies for businesses, non-profits, schools, and universities in my career.  Since 2007, I have been a conservative political activist in Nevada.  I have worked with thousands of people in Nevada to bring the ideals of limited government, individual liberty, and personal responsibility to government at all levels. I believe that the individual is the most important political sub-unit in our Constitutional Republic and I will continue to protect the natural rights of life, liberty, and property first and foremost.

State Senate District 20 (SD 20) is made up of Assembly Districts 22 and 41, which covers the geographic area directly south of the I-215, west to S. Decatur Blvd, east to the US 95 / US 93 / I-515, and south along St. Rose Parkway.  Currently, SD 20 has a 300 Republican voter registration advantage with 22,846 registered Republicans.  We have been working to re-register Republicans and get them involved. I expect that gap to grow over the coming months.

When I first got politically active I ran for Congress in 2008 with the total understanding that I would fail but learn a lot along the way, and I did. I learned that people are not engaged in the political process as much as they should be.  Our elections are mostly ignored until six weeks out and not much can be changed at that time and voters are left with very limited choices for potential representatives to office. I am a conservative, I am running for office to reengage conservative voters that have stopped participating and rebuild the conservative brand in the Republican Party and Nevada. If elected I will fight for limited government, accountability, and just plain common sense that has been lost by our political class in the past couple decades.

I personally believe we are both qualified to hold office, but it is what we will do differently while we are in Carson City that matters. I will protect our natural rights and property with every vote I cast.  This is something my opponent has continually shown he is not willing to do. From tax increases to implementing ObamaCare in Nevada, his votes have cost Nevadans billions.  I will work to reverse the overreach in our government and reduce its burden in our lives.

5. What do you see as the top three legislative priorities?

6. As a legislator, you are allowed to present a specific number of bills during the legislative session.  Do you have any specific bills in mind?

School Choice bill modeled after a combination of things in Florida and Arizona.  State Funding must follow the students educational choices and not be bound to schools within imaginary lines drawn by local bureaucrats.

Gold and Silver Legal Tender Bill similar to bill passed in Utah that allows individuals to use gold and silver as currency and establish a Nevada Depository to build local savings over time to protect Nevadans from inflation of the U.S. Dollar and maintain their wealth.  With the potential of allowing mining companies or any individual to pay taxes in bullion as well.

7. Budget requests normally well exceed projected revenues.  How would you plan to balance the state budget?

Zero-based budgeting:  All departments start at zero year to year. This process identifies alternative and efficient methods of utilizing limited resources.  We cannot expect Nevadans to continually give more and more every two years with out developing real accountability in our spending practices. The current Baseline Budget model does not promote savings and cost cutting, only requests for increases year after year.

The Sunset Taxes need to be removed; they were approved as a temporary tax only.

Bring School Choice to Nevada, giving students flexibility to find the path that is right for them.  There are many ways to provide choice to students and they will not harm the public education system one bit.  Public schools will continue to exist with sufficient funding for their enrollment levels and possibly improve as students and schools begin to flourish as competitive educational practices develop in Nevada.

State per pupil funding should follow students to whichever school / program they wish to attend.

I do not believe minimum wage laws have the desired effect. While they are well intentioned they are actually creating higher unemployment and eliminate the first couple rungs on the ladder for low skilled and younger workers to enter the job market.  Individuals should be able to contract for whatever level of wages or payment they mutually agree upon with an employer.  Government Intervention in the price of labor has created unnecessary unemployment.  Do we believe in free markets or do we not?

Fair share is a completely subjective term and not measurable in any way.  Obviously, some industries would like to pay less and no one wants to pay more.  There needs to be equity in the tax code and I would work to bring that but not ever target any specific business. Every business contributes to Nevada in many ways outside the taxes that they pay and that must be recognized when policy is crafted.

Nevada must begin the process of reclaiming our land from the Federal Government. Other states have succeeded in doing so over the past few decades and Nevada should begin the process.  The P.I.L.T. is a federal subsidy for holding our land hostage.  Nevadans can find better ways to use our land than the Federal Government.  Obviously, there are National Security interests on portions of Nevada land that contain military and research facilities. These should continue to be used to support our great nation.  They are employing Nevadans and are contributing to our economy, but idle land does little good for the Federal Government and Nevada alike.

15. It appears that millions of acres of Nevada lands are destined to have the sage grouse (among other species) listed as a protected species.  What is your position in regards to this issue?  Explain.

The rationale behind most protected species is noble, but to restrict and delay development of economic projects and needed infrastructure in a state is not acceptable.

16. Define you position on fracking and other means of oil exploration in Nevada.  Do you support coal fired plants?

Fracking is not a new technology; it has been around since the late 1940’s.  I am not directly opposed to its use or any specific drilling technology, but firmly believe that monitoring of potential effects to surrounding areas needs to be done with all mining projects, because not every area is the same and there may be unintended results that appear due to unforeseen things in the ground.   I am not opposed to coal fired plants or any technology, but I want the market to determine the best energy source and its pricing without government intervention.

17. In efforts to bring new businesses to Nevada, the Catalyst Fund was established.  This is funded by state tax dollars.  The Governor’s Office of Economic Development receives and then votes on applications from businesses and, through local governmental entities, subsidizes those selected.  What is your position in regards to the Catalyst Fund? Do you have other ideas to encourage new businesses to locate in Nevada?

Government and our Governor should not be in the business of picking winners and losers in our economy. In fact that is stated as much in the Nevada Constitution. Article 8, Sections 9 and 10 of the state constitution. Section 9 states: “The State shall not donate or loan money, or its credit, subscribe to or be, interested in the Stock of any company, association, or corporation, except corporations formed for educational or charitable purposes.”  The only way to increase investment in Nevada is to make it less expensive for businesses to set up shop and expand their current business.  Also, we must stop saying we are always looking for more government revenue, that, quite simply, tells companies not to move here and not to hire.  We must assess current spending and determine how it is being spent, not go looking for short-term fixes by taking more money from the private sector.

18. Do you support “campus carry” legislation allowing licensed CCW permit holders over the age of 21 to carry their weapons on Nevada college and university campuses?  Would you extend the same right to secondary school campuses?

Yes, I support the right of individuals to defend themselves at all time no matter their location.  “Gun Free Zones” only create potential victims for criminals that are not going to obey any laws that are in affect in a particular area.

19. Do you support universal school vouchers, providing the money goes to the student/parent and not to any particular school?

Yes, I fully support the idea of having state funding tied to the student and not a student’s zoned school because some local bureaucrats created imaginary lines based on busing and school capacity limits.  Education is about students not schools.

20. If there is any issue(s) that you are concerned about that has not been addressed in this interview, this is your opportunity to address it:

These questions covered a majority of the pressing issues in Nevada and I thank you for allowing me the opportunity to get on the record. The only thing that I would add for voters to read is that they must work to motivate like-minded individuals to engage in the political process. If you just find one person, educate them and turn them out to vote, you double your voice in shaping the policies that affect Nevada.   Live Free, Carl Bunce