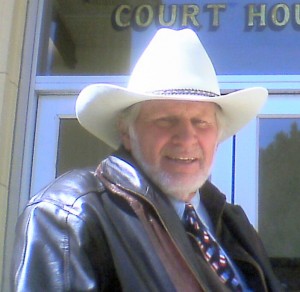 Nevada State Senate District 16 includes most of Carson City and southern portions of Washoe County, including Incline Village.  There are two candidates in this Primary race.  Incumbent Ben Kieckhefer did not respond to the invitation to participate.

Was the only non-California resident ever elected to the California Pistachio Commission with activities in advertising and promotion and Congressional liaison in Washington D.C. in the mid 1980’s, served on the Washoe County Board of Equalization from 2003 to 2007, have attended and participated in hundreds of local and State hearings, committees, and public meetings for decades.

Southern Washoe County including Incline Village and also all of Carson City/County with 15 to 20 percent Republican advantage with 5 to 10 percent non patrician and minor parties.

I am a life-long strong conservative with decades of business and political experience running in a safe republican district to replace the most liberal and inexperienced republican in the legislature.

Experience and Maturity:  I am a conservative going back to the Goldwater and Reagan Campaigns. I have been attending Public Meetings and fighting against abusive, intrusive, and arrogant government for over 50 years, about 15 years longer than my Primary opponent has been alive. I have been in business since my Primary opponent’s parents were in Kindergarten.

5. What do you see as the top three legislative priorities?

Do not extend the Temporary Business Taxes (create a business friendly environment through reduced tax burdens and limiting regulations so that the market sector can create JOBS); Reform the Public Employee’s Retirement Systems including mandating that all Public Sector Union Contracts be negotiated in Public Forums under the Open Meeting  Law at both the State and Local Levels and all said retirement programs to be vested and fully funded in the year that the liability is accrued; Improve transparency including requiring the legislature to conform with the Open Meeting Law;  (Second three; Disengage the State from the Common Core Program; Reduce the heavy top end bureaucratic management of education shifting funds to actual education and teachers as well as reforming the tenure program that keeps poor performing teachers employed and on the job;  Place greater restrictions on gifts to public employees (elected officials) by  advocates and advocacy groups (Lobbyist) coupled with expanding disclosure reports and improving transparency of all campaign and lobby activities.

6. As a legislator, you are allowed to present a specific number of bills during the legislative session.  Do you have any specific bills in mind?

All of answer 5. Make violations of the Public Records Law a crime and mandate the Attorney General’s Office to investigate and prosecute same as they are so mandated to do for Open Meeting Law violations. Enact a procedure whereby if the Attorney General’s Office fails to investigate and/or prosecute any violation of the Public Records Law and/or the Open Meeting Law individual citizens can initiate an action against any said violator in regards to the “crime” that is alleged to have been committed to be heard by a citizens committee or grand jury.

7. Budget requests normally well exceed projected revenues.  How would you plan to balance the state budget?

They should be immediately “sunsetted”.

The State should not “support” charter schools but should permit them to operate and allow students enrolled in same to be substantially compensated with an amount of funds equivalent to what would have been the cost of or amount of money spent on them in the conventional system (through vouchers or direct payment).

I oppose unfunded mandates. I oppose any circumvention of law or policy.

No taxes should be increased during this fragile recovery. I would work to decrease all taxes through growing the economy.

I think everyone pays more than their “fair share”. We need to reduce and cut Government expenditures and involvement in or lives at all levels especially at the high end of the bureaucratic pyramid. The goal should be to balance the budget by cutting fat and waste and eliminating non- essential government services which are invariably not performed well anyway. Balancing the budget by reducing expenditures and not raising taxes on gaming or mining (two primary industries) or anyone will grow the economy and move us in the direction that we can start to reduce taxes on everyone.

The process of returning Federal controlled lands to the State should begin with those lands that have a current viable potential private use. There should be a program put into place where all such lands should be returned within 20 years.

15. It appears that millions of acres of Nevada lands are destined to have the sage grouse (among other species) listed as a protected species.  What is your position in regards to this issue?  Explain.

We should fight to avoid any such listing including litigation if necessary.  Nevadans  generally call this species sage hens. There seems to be quite a number of them according to what Congressman Amodei indicates. Amodei sits on that Congressional Committee.  The ranchers and farmers would be the endangered species if the Federal Government lists this species. This would effect Nevada’s economy in virtual all rural Nevada Counties. Nevada jobs would be at risk. This is a very serious issue.

16. Define you position on fracking and other means of oil exploration in Nevada.  Do you support coal fired plants?

17. In efforts to bring new businesses to Nevada, the Catalyst Fund was established.  This is funded by state tax dollars.  The Governor’s Office of Economic Development receives and then votes on applications from businesses and, through local governmental entities, subsidizes those selected.  What is your position in regards to the Catalyst Fund? Do you have other ideas to encourage new businesses to locate in Nevada?

I oppose the Catalyst fund as now orchestrated, Government should not be picking  winners and losers in the business field. The system also has no transparency. Government should provide for a business friendly environment for all business though lower taxes and reduced regulations.

18. Do you support “campus carry” legislation allowing licensed CCW permit holders over the age of 21 to carry their weapons on Nevada college and university campuses?  Would you extend the same right to secondary school campuses?

Yes, I would also extend the right to qualified licensed adults in or at secondary schools.

19. Do you support universal school vouchers,  providing the money goes to the student/parent and not to any particular school?

I do not understand the question.  But, I support School Vouchers and many other school choice options to encourage completion in schools and the education system.

20. If there is any issue(s) that you are concerned about that has not been addressed in this interview, this is your opportunity to address it:

We must reduce the influence though campaign contributions of Special Interests in  Government. I support term limits for all elected offices. All Government wages and/or salaries including benefits should be at Parr with the private sector or less, never more. We should establish citizen review panels as a method of oversight (mid election) of all Law Enforcement agencies, all City and District attorneys, and the State Attorney General. The number of members of the State Ethics Commission that are former government employees, either elected or appointed, should be limited to 20 percent of the  panel and the scope and authority of the Commission should be expanded. Small alternative energy coops or companies that function on contiguous parcels of property should be permitted without PUC regulations. The capacity to engage in business in rural areas on private property should be enhanced (example: any parcel of property of 40 acres or more not within an incorporated city should be allowed to operate a Recreational Vehicle Park of six or less spaces without a local or State business license as long as it complies with health and building codes).