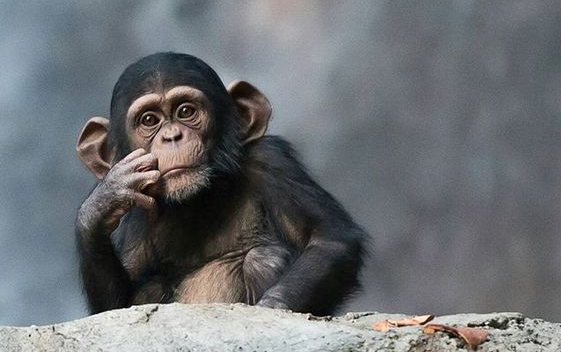 (Chuck Muth) – When it comes to figuring out what in tarnation is going on with this ongoing dispute between the Nevada GOP and the Nevada Secretary of State over the investigation of voting problems in the 2020 election, I’m reminded of this quote by Edward O’Neil in the movie The Replacements…      “I’ve seen monkey-sh*t fights at the zoo that are more organized than this.” The one thing everyone but dim-witted liberal blogger/con-man Jon Marla-Grayson-Ralston can agree on is that there were MASSIVE problems with the 2020 general election…all inflicted by Democrats. With their dead-of-night bill (AB4) passed last August, they completely changed the rules of the game in the middle of it, including mailing ballots to voters who didn’t request them from error-soaked voting lists. Immediately following the election, Nevada GOP leaders and national representatives from the Trump campaign went to the media claiming to have “overwhelming evidence” of voting fraud. GREAT!  Let’s see it. But for some unexplained reason, the “evidence” was submitted to the court “under seal.”  Which means none of US could see, verify, authenticate and confirm the allegations.  That “evidence,” by the way, was NOT provided to the Secretary of State at the time either.  Why not? Fast-forward a few months later.  On March 11 the Nevada GOP called a press conference and finally hand-delivered what it maintained were “122,918 unique cases of Election Integrity Violation Reports” to the Secretary of State. GREAT!  Let’s see ‘em. Alas, for some unexplained reason, those reports and documents STILL haven’t been made available to the public and the media to see, verify, authenticate and confirm. Why not?  They have them.  They’ve submitted them to the courts and the SoS.  Why can’t WE see them?  ALL of them. Compounding the problem is that the Secretary of State’s office issued a statement this week saying it didn’t receive 122,918 unique cases from the party, but “a total of 3,963.” What the hell?  Whose number is accurate?  Are we looking at an apples & oranges situation here?  No way to tell.  Because the alleged 122,918 cases have still not been released to the public and media to see, verify, authenticate and confirm. Why not? Here, let me give you just one, easy-to-understand example… The Nevada GOP claims it submitted 1,506 examples of dead people voting.  But according to a report by Riley Snyder today, the Secretary of State’s office shows only TWO complaints of “ballot sent to deceased person” which have since been “closed with no violation.” And even that cryptic report leaves a big unanswered question:  Just because those ballots were mailed to a deceased person doesn’t mean a voting fraud violation was committed unless those dead voters actually somehow VOTED. Did they?  We have no way of knowing, because the Nevada GOP’s list of 1,506 dead voters has not been released to the public and media to see, verify, authenticate and confirm. Why not? The party also alleges there were 8,842 voters unlawfully registered at commercial addresses and another 8,111 who were registered at non-existent addresses. GREAT!  Where’s the list? More importantly, again, did any of these almost 9,000 unlawfully registered voters at those addresses actually cast a ballot?  Because if they didn’t actually VOTE, no VOTING fraud took place. It’s easy to point a (middle) finger at the Secretary of State and claim she’s not doing her job or taking this matter seriously.  Absolutely not true.  Election laws are EXTREMELY complicated, and I know for a fact that a number of things Secretary Barbara Cegavske is being blamed for are out of her control. The real blame for most of this mess falls in the lap of county election officials – especially in Clark County where most of the problems occurred.  Indeed, in a county commission race that was decided by just 15 votes, the Registrar of Voters ADMITS to 139 discrepancies he can neither explain nor rectify. And Secretary Cegavske has never said, as alleged by the Nevada GOP, that “there is no evidence of voter fraud and thus nothing to investigate.” What she and her office have said is a problem of semantics by adding the modifier “widespread” without forcefully acknowledging the existence of SOME fraud that HAS been detected. Indeed, there ARE voting fraud investigations going on right now.  However, since they are active investigations, the SoS is unable to comment on them, or even confirm such investigation are being conducted and by whom. The only thing we know for sure is that the “overwhelming evidence” of “122,918 unique cases of Election Integrity Violation Reports” has not been made available to the public and media to see, verify, authenticate and confirm for ourselves. Enough of this monkey-sh*t fight.  It’s long past time for those claiming to have such “overwhelming evidence” to show their cards. RINO ALERT! Assistant Assembly Minority Leader Tom Roberts (RINO-Las Vegas) is a trans-Republican: A Democrat who identifies with the GOP. In a poorly-produced web video released today, Roberts actually says…      “We need to increase spending for schools.” Schools that aren’t even OPEN? The Biden Blue State Bailout Bucks are already burning a hole in his pocket.  But what the heck.  It’s not HIS money, right? FAMOUS LAST WORDS “I don’t understand much about politics…” – Blubber-blogger Jon Ralston, 1/2/20