Exposing Kaepernick Apologists for the Colossal Hypocrites They Are 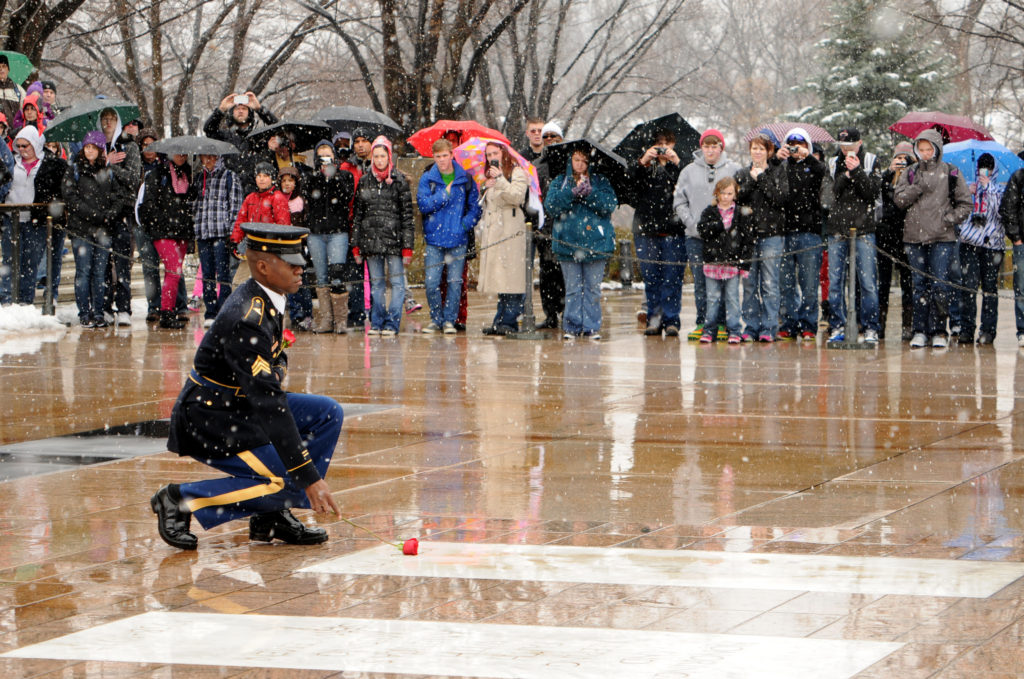 (Chuck Muth) – I’ll get to that jerk Colin Kaepernick in a minute.  But first…

One of the great benefits of homeschooling is that my kids can take online courses in subjects of interest they’d never find in a public school.

For example, my 14-year-old Jenna signed up this semester for a course in reading body language.  She has an interest in maybe joining the FBI some day.

That has made watching black-and-white re-runs of the 1950s show “To Tell the Truth” a whole lot more interesting.  And a man featured in an episode we watched recently was an honor guard at the Tomb of the Unknown Soldier.

Which itself provided another teaching opportunity…

“The Tomb of the Unknowns is a monument dedicated to American service members who have died without their remains being identified,” Wikipedia explains. “The U.S. Unknowns interred are also recipients of the Medal of Honor, presented by U.S. Presidents who presided over their funerals.”

“It is considered one of the highest honors to serve as a Sentinel at the Tomb of the Unknowns,” Wikipedia continues. “Fewer than 20 percent of all volunteers are accepted for training, and of those only a fraction pass to become full-fledged Tomb Guards.”

“Tomb Guards are held to the highest standards of behavior, and can have their badge taken away for any action on or off duty that could bring disrespect to the Tomb,” notes columnist Stacy Conradt.  “And that’s for the entire lifetime of the Tomb Guard, even well after his or her guarding duty is over.”

The Tomb is guarded 24/7 and “there has been a Sentinel on duty in front of the Tomb every minute of every day since 1937” regardless of weather conditions – including hurricanes, lightning storms and blizzards.

The Tomb of the Unknowns is located in Arlington National Cemetery, “in whose 624 acres the dead of the nation’s conflicts have been buried, beginning with the American Civil War, as well as reinterred dead from earlier wars.”

These are among the thousands upon thousands of Americans – black, white and everything in between – that spoiled, millionaire jerkwad Kaepernick insults every time he refuses to respectfully stand for the National Anthem as a protest against supposed “white oppression.”

This poor, oppressed black man signed a six-year contract in 2014 to pay him an average of $19 MILLION a year to play a game.  Tomb Sentinels receive a soldier’s pay.  And it ain’t much.

Kap-apologists have not simply been tolerating his extremely insulting, offensive expression of asinine stupidity on First Amendment grounds; they’ve been celebrating it.  But these supposed free speech champions are colossal hypocrites, and I’ll prove it…

What if a columnist were to refer to Mr. Kaepernick as a “(n-word)”?