FAA Deal: Nothing In Washington Means Anything Anymore

FAA Deal: Nothing In Washington Means Anything Anymore
N&V Staff 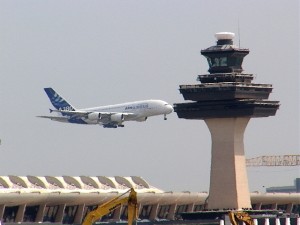 (Thomas Mitchell/4th St8) – Throw away your old civics textbook. Shred that antiquated copy of the Constitution. All those old notions about how a bill becomes law and how this is a nation of laws and not of men are just quaint notions.

This morning the Senate “passed” — with hardly anyone present — a House bill authorizing spending for the Federal Aviation Administration. The bill now g0es to the president for his signature. This should end a two-week furlough of 4,000 FAA workers and restart construction on various airport projects, including a new air traffic control tower at McCarran International Airport.

But the story in today’s paper explains the sleight of hand being used to make the whole legislative process a farce.

One of the sticking points was a part of the bill that capped subsidies for small airport commercial service at $1,000 per passenger. This would affect the airport in Ely where the subsidy amounts to more than $3,000 per passenger. But that was just in the bill to get the attention of senators, such as Harry Reid, who have such airports in their states.

The real issue is how airline and railway union votes are counted. Until a labor panel stacked with union supporters by Obama changed the rules unionization required an affirmative vote by a majority of all workers. The new rule would require merely a majority of workers who voted.

But never mind that internecine manipulation and political favor swapping. The real news is that Transportation Secretary Ray LaHood plans to simply “waive” the part of the bill that caps the $16.5 million in subsidies under to the Essential Air Service program.

Congress passes a bill, but the executive branch ignores it.

The new definition of checks and balances: The check is in the mail and there is no need to balance the budget.