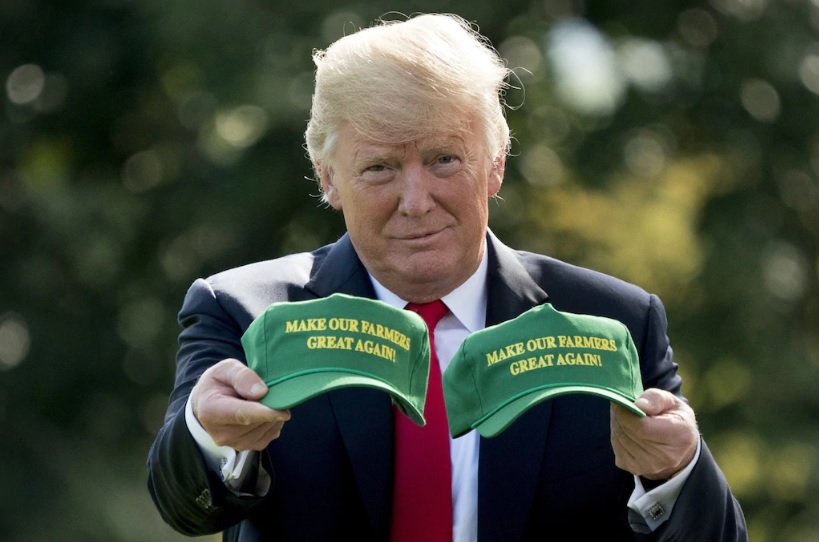 “According to a monthly poll from agricultural trade publication Farm Journal released Sunday, 83% of farmers and ranchers approve of the president’s job performance. It is the highest level of support for Mr. Trump among farmers since he took office, Farm Journal said.”

Despite predictions by critics who warned farmers would abandon Trump over his “get tough” policies on international trade competitors, that hasn’t happened.

To the contrary, farmers gave the President a “warm welcome” when he addressed them at the American Farm Bureau Federation conference in Austin, Texas.

From a report in Politico…

“Most of the two dozen farmers POLITICO interviewed at the convention sang the president’s praises, with many citing his moves to roll back Obama-era efforts to protect more waterways from pollution and restrict pesticides, as well as new trade agreements with China, Japan, Mexico and Canada.”

“We’re used to adversity,” said Chadd Strew, a rancher in Comanche, Texas. “Renegotiating trade to try to get more out of our products here is going to be a benefit even if in the short term there is a little bit of a decline.”

“This is an incredible success for our entire country,” Trump said of the new trade pact with China in his remarks to the gathering.  “And it was your fortitude, perseverance and devotion that made it all possible.  China respects us now.”

What’s interesting here is that the Trump policy of penalizing foreign competitors who trade unfairly against U.S. providers is the same “get tough” policy the U.S. has historically taken when it comes to sugar.

Thanks to the U.S. sugar program, domestic sugar prices in America have been reliable and stable, with the cost of “Made in the USA” sugar today being pretty much the same as it was during the Reagan administration and without costing taxpayers a dime.

Instead of eliminating the successful U.S. sugar policy, Congress should be looking to duplicate it across the board for other agricultural commodities.