Reason magazine has been hit with a federal subpoena seeking “any and all identifying information” about comments posted on an online blog discussing the conviction of the founder of an online website where illegal drugs could be bought and sold.

One comment on the blog suggested, “Its (sic) judges like these that should be taken out back and shot.” Another, “Why waste ammunition? Wood chippers get the message across clearly.”

For two weeks, the magazine was under a gag order to not discuss the subpoena, but that has been lifted.

“From press accounts of similar actions at other news publications and social media sites, we know that it is increasingly common for the federal government to demand user information from publications and websites while also stifling their speech rights with gag orders and letters requesting ‘voluntary’ confidentiality,” a recent Reason blog posting states. “Exactly how common is anyone’s guess; we are currently investigating just how widespread the practice may be.”

May I reply? Been there done that. It is all too common and entirely outrageous and a futile waste of time and money on the government’s part. 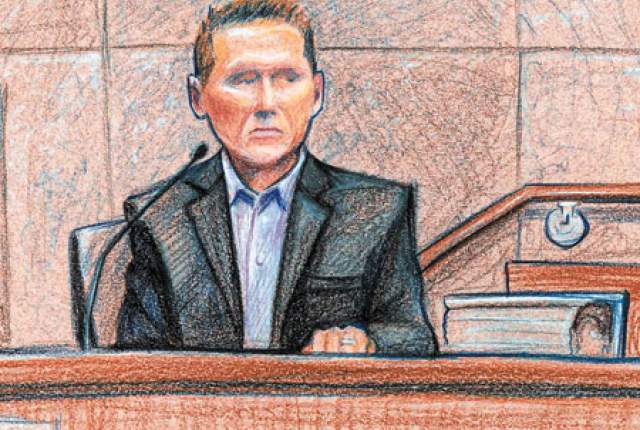 In 2009 in a remarkably similar case, the feds issued a sweeping subpoena for information on those who commented on the trial of Las Vegan Robert Kahre, who was on trial for tax fraud for using the rather inventive argument that he could pay people in U.S. minted gold and silver coins based on their precious metal value but for tax purposes use their face value, which is many times less.

One person who signed himself “Louis D. Brandeis” called the federal prosecutor “evil incarnate and everything that is against the American justice system.”

“Christian Patriot” wrote a couple days later, “I suggest we go back to a gold and silver standard, which would immediately wipe out the national debt, not charge us interest for their toilet paper, or better yet, I’ll trade you eggs for milk. Tax that if you will.”

“Randall” wrote, “If it is legal tender, value of said legal tender it set by the gov and stamped on the face. Maybe the Government should be on trial.” (The comments have long since been removed from beneath the story.)

The newspaper was served with a grand jury subpoena from the U.S. attorney’s office demanding that the paper turn over all records pertaining to those postings, including “full name, date of birth, physical address, gender, ZIP code, password prompts, security questions, telephone numbers and other identifiers … the IP address,” et (kitchen sink) cetera. There was no indication what they were looking for or what crime, if any, was being investigated, just a blanket subpoena for voluminous and detailed records on every private citizen who dared to speak about a federal tax case.

I wrote at the time:

My first instinct is to fight the subpoena tooth and nail. After all, John Peter Zenger was just the printer who published anonymous essays critical of the colonial governor. His jury nullified the existing law and freed him.

On the other hand, if someone were to confess to a real and specific crime on our Web site, I’d give him up at the drop of a hat.

Bottom line: We could fight the federal subpoena, at considerable expense, and lose. Our attorneys are now trying to see if we can limit the scope of the information sought.

What the prosecutors don’t appear to understand is that we don’t have most of what they are seeking. We don’t require registration. A person could use a fictitious name and e-mail address, and most do. We have no addresses or phone numbers.

To add prior restraint to the chilling effect of the sweeping subpoena, we were warned: “You have no obligation of secrecy concerning this subpoena; however, any such disclosure could obstruct and impede an ongoing criminal investigation. …”

Even writing that was provoking the beast with long talons and unlimited tax money to feed its fight.

Within about a week the prosecutors did in fact narrow the subpoena, asking for information pertaining to only a few comments that might be construed as threatening to jurors or prosecutors. The paper agreed to comply.

“I’d hate to be the guy who refused to tell the feds Timothy McVeigh was buying fertilizer,” I quoted by the paper as saying, referring to domestic terrorist McVeigh, who destroyed a federal building in Oklahoma City in 1995.

But the American Civil Liberties Union vowed to fight on, believing a chilling effect remained. Staff attorney Margaret McLetchie said the civil rights organization wss seeking a court order declaring the original subpoena unconstitutional. She said theACLU had filed on behalf of three clients, who posted anonymously on the Review-Journal Web site and who would remain anonymous during the legal action.

“The right to speak anonymously about politics is older than the Constitution,” she said.

At one point I asked readers what they would do if confronted with a subpoena from a federal grand jury demanding extensive identifying information about people who had posted comments about a federal tax fraud trial.

The readers were quite brave with my company’s money and my freedom. Nearly 700 people voted. Of those, 51 percent bravely said they would have fought to the highest court in the land even if they (meaning I) landed in jail. Only 16 percent said they would immediately turnover what the feds were asking for, while 33 percent said they would surrender information only on those who clearly made threats or admitted criminal acts.

“For many people now and in the future, this is not academic. What will happen when a friendly federal investigator visits your employer asking about what you’ve been posting online?” I wrote then.

All of the comments on the Reason site and the R-J site were cliches of outrage and mere hyperbole, which are protected free speech rights.

In 1969, the U.S. Supreme Court threw out a case against a man who while protesting the draft had stated that if he were made to carry a rifle “the first man I want to get in my sights is L.B.J.” The court called this “crude political hyperbole which, in light of its context and conditional nature, did not constitute a knowing and willful threat against the President …”

Why the feds continue to pursue such matters is a mystery, but they do. A 2012 Southern Law Journal study reported on several such subpoenas, including the R-Js.

The study reported that in June 2010, Judge David A. Ezra, the presiding judge in Kahre case, commented:

There is no stronger defender of the First Amendment than me … My concern here, however, is that it is a federal crime and a very serious one to attempt in any way, shape or form to threaten or obstruct or impede a jury in either a civil or criminal case … Somebody writing in and saying, you know, if the jury reaches a … verdict of conviction, they should be hung, is really no different than saying, you know, if President Obama does X, Y or Z, he should be killed. That’s a crime, too. So I think we have to be very, very careful when we say that there is no basis to be concerned here or that this is simply government demagoguery or something of the sort. (See the L.B.J. comments above.)

But in December 2010, the 9th Circuit Court of Appeals affirmed federal Judge Kent J. Dawson’s ruling that claims of those persons who had been subpoenaed groundless because the subpoenas were no longer in effect and “alternatively, that there was no set of facts supporting Does 1-4’s First Amendment claims. We do not reach the First Amendment claims because we decide the case on standing and mootness grounds.”

So the case just petered out, ending not on constitutional firm footing but no standing and mootness.

This is not academic. This is a serious waste of tax money and a breach of fiduciary responsibility and constitutional rights by federal prosecutors.

Reason found a 2013 report by Mother Jones magazine stating that Google, Facebook, Twitter, and Microsoft have received “tens of thousands of requests for user data from the US government annually.” The magazine reported that a Facebook spokesperson said the company provided information in response to 79 percent of the data requests it received between July and December 2012.

Here are three ACLU of Nevada postings on this topic that contain cogent arguments and cite specific cases:

ACLU of Nevada Continues to Fight for Anonymous Online Speech

The right of the people to be secure in their persons, houses, papers, and effects, against unreasonable searches and seizures, shall not be violated, and no warrants shall issue, but upon probable cause, supported by oath or affirmation, and particularly describing the place to be searched, and the persons or things to be seized. — Fourth Amendment

The original version of this column appears on Mr. Mitchell’s blog.