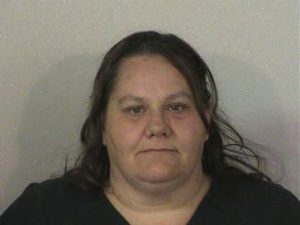 Nevada Attorney General Adam Paul Laxalt announced that Sheri Hines, 49, pleaded guilty to Embezzlement in the Amount of $3,500 or More, a category “B” felony. Her guilty plea follows an arrest on August 17, 2018 in Douglas County for her role in an elder exploitation case. The acts were allegedly committed between January 2017 and June 2017.

According to the criminal Information, Hines used a debit card entrusted to her for providing for the care of her mother, a person over the age of 60 years, and not for the daughter’s personal use. The elderly victim suffered a loss of more than $5,000.

“My office works diligently to protect the elderly and to ensure they are treated with the respect, care and dignity they deserve,” said Laxalt. “It is unconscionable the most vulnerable among use are exploited. I’m proud of my new Financial Fraud Unit that has worked diligently to combat financial fraud, which occurs with great frequency against the elderly.”

The crime of Embezzlement in the Amount of $3,500 or More is a felony punishable by one to 10 years of imprisonment and a fine of no more than $10,000. Hines is scheduled to be sentenced on November 20, 2018 in the Ninth Judicial District Court.

This case was investigated and is being prosecuted by the Attorney General’s Financial Fraud Unit.

In July 2016, the Nevada Legislature’s Interim Finance Committee unanimously approved AG Laxalt’s request to combat increasing financial fraud within the State using non-taxpayer settlement funds awarded to his Office. AG Laxalt’s request included the allocation of more than $400,000 of non-taxpayer settlement funds to the Legal Aid Center of Southern Nevada in order to boost their capacity to fight financial fraud occurring in the form of civil guardianship exploitation and abuse. In the 2017 Legislative Session, AG Laxalt received approval to allocate approximately $250,000 in non-taxpayer settlement funds to Washoe County Legal Services which provides pro-bono legal support to Nevada’s rural counties and, like its counterpart in Southern Nevada, battles against financial fraud of all sorts, including that perpetrated against the elderly.

The criminal Information filed against Sheri Hines is attached. To file a complaint about someone suspected of committing a fraud, click here.