Finally, some common sense compromise from the BLM on grazing

Finally, some common sense compromise from the BLM on grazing
N&V Staff 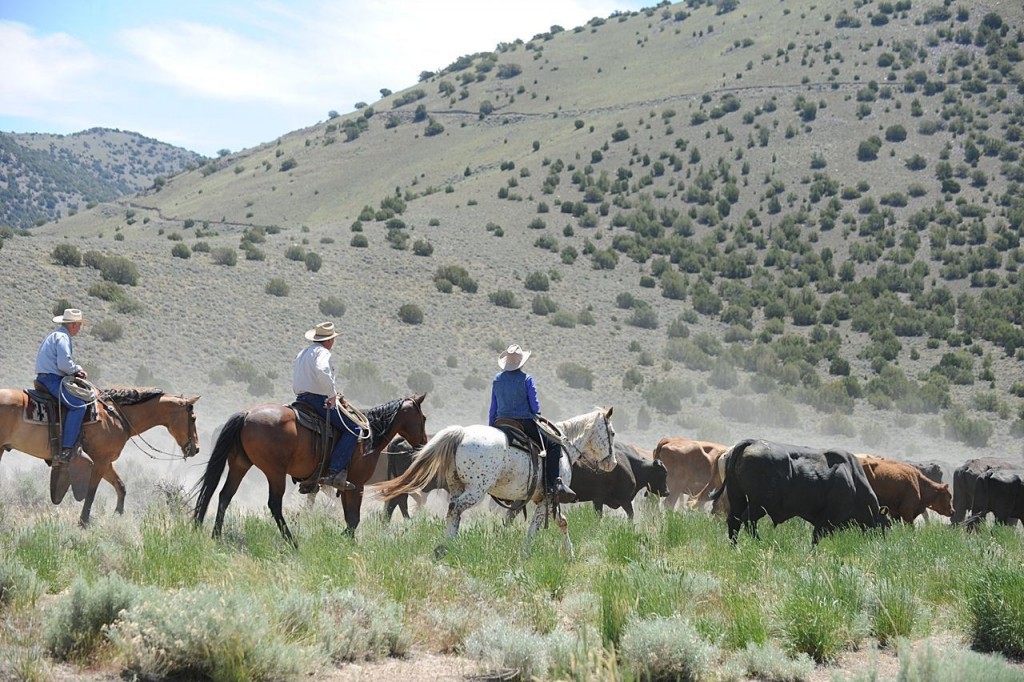 (Thomas Mitchell) – Sometimes, you just have to call their bluff.

The Bureau of Land Management had for two years denied permission for Badger Ranch owners Dan and Eddyann Filippini to graze cattle on their North Buffalo and Copper Canyon allotments — which is intermingled with the ranch’s privately owned but unfenced land — even though spring rains had allowed the range to recover from the drought.

The 100,000-acre North Buffalo allotment is about 45 percent privately owned and 55 percent controlled by the BLM.

After having to sell cattle and feed hay to others, the Filippinis publicly announced they were turning out nearly a hundred head of cattle during the first week of June despite the BLM’s denial of permits.

“Our cows are tapped out and so are we,” Eddyann Filippini told a reporter. “Badger Ranch has made a stand and these cows are not coming home. If we keep backing down, we lose the ranch.” Two Elko County commissioners helped with the turnout.

The acting BLM State Director John Ruhs, formerly head of the Ely District, said he would not try to stop the release of cattle onto the allotment, and within days the ranchers and the BLM reached a compromise agreement allowing limited grazing under close supervision.

That’s more common sense from the BLM than has been displayed for some time.

Asked for a comment on the settlement agreement, Nevada Sen. Dean Heller said, “This week, I had the opportunity to meet with the Filippini family. I applaud them and the BLM on their ability to come to an agreement regarding grazing on their North Buffalo allotment. The ranching community has deep roots in Nevada, and it’s always great to see collaboration to continue that rich tradition. I hope more of these types of collaborative agreements become the norm in the Silver State.”

Rep. Mark Amodei, in whose district the ranch lies, said, “BLM Nevada acting State Director John Ruhs continues to demonstrate that he is a fair and talented federal land manager with each passing day.”

Under the agreement, the Filippinis will have to promptly remove cattle when grass stubble height in certain riparian areas reaches four inches.

Of course, self-styled conservationists screamed like a pig caught under a gate. They call the ranchers scofflaws and describe the range as parched, no matter how high the grass might be. Ken Cole, Idaho Director for Western Watersheds Project, wailed,“The BLM is enabling this kind of behavior by coddling Nevada ranchers who are surely emboldened by the lack of law enforcement within the agency and the lack of a commitment on behalf of our government to protect the public trust – the lands, waters, and wildlife that are already suffering from the drought and will now be further abused by these private cows.”

He is apparently oblivious to the fact that ungrazed range grass dries out in the summer heat and becomes fuel for wildfires that scorch his beloved wildlife, such as greater sage-grouse.

We agree with Sen. Heller and Rep. Amodei and call for more compromise from the federal land agencies and less confrontation.