Icelandic default could save Greece

(Robert Romano, NetRightDaily.com) – We are all Icelanders now.

Greece may be about to exit the Eurozone and default on its €323 billion national debt.

That is what the Telegraph’s Ambrose Evans-Pritchard reported on June 14, writing, “The radical wing of Greece’s Syriza party is to table plans over coming days for an Icelandic-style default and a nationalization of the Greek banking system, deeming it pointless to continue talks with Europe’s creditor powers.”

A formal default and restoration of the drachma would certainly be an economy-shaking event — and now members of the ruling party in Greece, Syriza, are citing Iceland as a model to save their country.

On April 9, 2011, the people of Iceland defeated a referendum that would have bailed out the UK and the Netherlands, which had covered the deposits of British and Dutch investors who had lost funds in Ice save bank in 2008.

The UK and Netherlands demanded that Iceland repay them for the “loan” as a condition for admission into the European Union.

As noted by Bloomberg News, at the time the crisis hit in 2008, “the banks had debts equal to 10 times Iceland’s $12 billion gross domestic product.”

Afterward, Iceland undertook devaluation of its currency and guaranteed the deposits of its own citizens. A growing number of Syriza members propose a similar path.

But without the drachma and its own independent central bank, Greece does not have these options. It is at the mercy of larger, wealthier Eurozone countries like Germany — which does not want to book any losses on the money it lent to Greece.

Immediately, Greece owes €1.6 billion to the International Monetary due June 30 — and it cannot afford to pay, reports the Telegraph.

“At the moment we haven’t got the money,” said Greek deputy foreign minister Euclid Tsakalotos, adding, “There is no financing, we haven’t got access to the markets, we haven’t got money that hasn’t been paid since the summer of 2014 so obviously we won’t be able to have the money to pay that.”

Yet such a default might actually save Greece. Just compare how the Greek and Icelandic economies have performed since the financial crisis of 2008. Both took hits, but Iceland has performed dramatically better after its default. 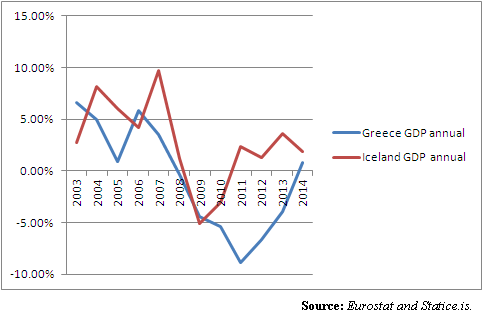 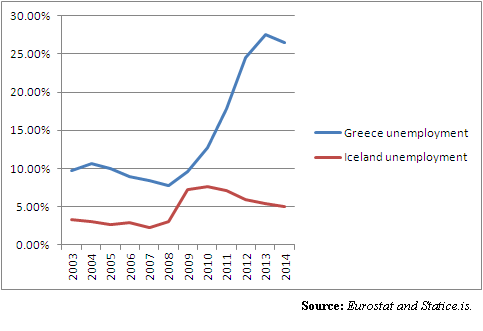 Iceland’s unemployment peaked at 7.6 percent in 2010. Greece is still north of 25 percent today. Iceland’s recession ended after two years. Greece is still in the red with no end in sight, and with a debt that cannot possibly be repaid.

How could things get any worse?

Moreover, what have they got to lose? Default and a Euro exit could be Greece’s salvation.

The original version of this column appears on NetRightDaily.com. NetRightDaily.com is a project of Americans
for Limited Government. The project, launched in August of 2008, offers liberty-minded thought on the federal
government as well as the threats that exist to individual liberty at all levels of government.

Mr. Romano is the senior editor of Americans for Limited Government.

N&V StaffSeptember 29, 2022
Read More
Scroll for more
Tap
Finally, some common sense compromise from the BLM on grazing
It’s not a free market if the market isn’t free of government intervention