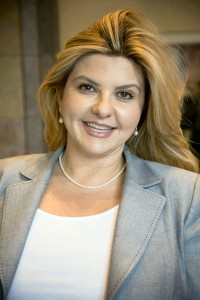 (Michele Fiore) – After the Indiana primary, there is only one viable option for Republicans across our country. We must all come together to ensure that Donald Trump wins in November. It is no secret that there is a nationwide divide in our party right now but if we cannot come together, this divide is what will lead to Hillary Clinton as our next Commander in Chief.

I have been compared to Donald Trump several times and a local liberal blogger even referred to me as “a female version of Donald Trump.” As a candidate who is not afraid to voice my opinion, I admire Trump’s ability to say what needs to be said, even if it’s not politically correct. Political correctness is ruining this country.

I was quoted in March saying, “If Trump becomes our nominee, I will be his biggest fighter.” As always, I will be keeping my word.

Congratulations to not only our Republican nominee but to our next President of The United States, Donald Trump!

N&V StaffOctober 7, 2022
Read More
Scroll for more
Tap
Turner: Mass Murders In 20th Century, Is It Because We Own Guns?
Galen: Well, THAT Happened