Fiore Fury: “String Her Up Now, We’ll Get the Evidence Later”

Fiore Fury: “String Her Up Now, We’ll Get the Evidence Later”
N&V Staff 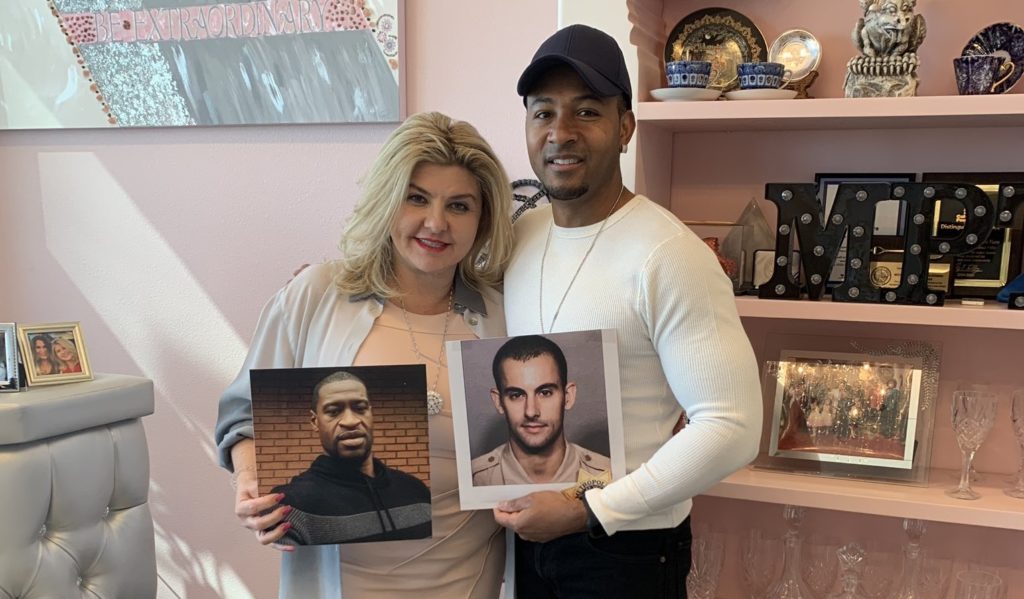 Of course not. Because it didn’t happen.

The left and the fake news media – but I repeat myself – took the president’s comments about the Charlottesville protest a couple years ago out of context and made it seem like he said something he didn’t.  It’s what they do.

In remarks delivered on Saturday at the Clark County Republican Party convention, Fiore exercised her First Amendment right to voice opposition to affirmative action; whereby a black person is given preferential treatment in hiring or school admission based solely on race, not qualifications.

Not exactly a controversial position.  The GOP has long been opposed to race-based preferences and quotas.  Democrats, on the other hand, love it.

For example, recall how Nevada Gov. Steve Sisolak’s original DETR director – a black woman – was appointed to run the state’s unemployment system despite having absolutely no qualifications or experience to do so, let alone possessing the BEST qualifications.

And how’d that work out for us?

Now, I wasn’t at the convention.  So I don’t know exactly what Ms. Fiore said or how she said it.  But knowing her as I do, I can imagine she didn’t phrase her comments delicately.  She just gives it to you straight, including using the word “ass.” (gasp!)

And while I’ve heard numerous rumors that a recording of her remarks exists, no one has yet to produce one so all of us can see and/or hear exactly what was said and in what context for ourselves.

Nevertheless, the chairman of the Clark County GOP, David Sajdak, issued a public statement yesterday – that the media ate up – rebuking Fiore for her supposed “racially charged comments” that, Sajdak wrote, were “clearly inappropriate,” as well as “irresponsible, insensitive and inaccurate.”

Pretty inflammatory stuff!  So what exactly did the councilwoman say?

Sajdak didn’t say.  He doesn’t know.  He didn’t hear it himself.  He issued his stinging “rebuke” on the say-so of others.

I mean, this would be like accusing Mr. Sadjak of, say, being charged with soliciting prostitution without proof.

Oh, wait.  There IS documentation of that.  According to a Las Vegas Review-Journal story from 2018…

“Metropolitan Police Department documents obtained by the Review-Journal show Sajdak was cited after police said he offered a woman $1,100 for sex on West Flamingo Road about 1:30 a.m. Oct. 9, 2006.  The woman was an undercover Metro detective.”

Sadjak claims he was “wrongly charged” and the case was “politically motivated.”  And his account of what happened was radically different from what the arresting officer says happened…

“This person solicited me, and I told her ‘no’ 27 times, and she followed me around.  She kept following me down side streets and rolled down the windows. She wouldn’t leave me alone. I was actually nervous.”

How can two people at the exact same event with FIRST-HAND knowledge have such diametrically opposed versions of what took place and what was said?

And how can someone with this he said/she said experience in his background nevertheless “rebuke” Councilwoman Fiore based on SECOND-HAND reports?

To give you a further idea of how just disparate the accounts of Fiore’s speech are, I’ve had multiple people tell me Fiore’s remarks elicited loud applause, darned near a standing ovation, while Sajdak’s chief-of-stuff, Richard MacLean, claimed to the press that “you could hear a pin drop.”

It can’t be both.

In addition, MacLean also told the Las Vegas Review-Journal that he received more than a hundred calls complaining about Fiore’s speech, including from “GOP lawmakers who were not” there.

Yes, by all means let’s burn Fiore in effigy on the say-so of unidentified GOP lawmakers (RINOs?) who weren’t even in the room.

Naturally, and on cue, the left and the fake news media – but again, I repeat myself – pounced.  Liberal blogger Jon Ralston – a Fiore-hater from wayback – called Fiore’s remarks “racist” with, like Sajdak, nothing more than hearsay to back the accusation up.

But even goofball Ralston, in a grammatically-tortured way, was forced to admit: “It is odd for a press release to be sent without specifying what she was about blacks and affirmative action.”

He added that “only second-hand accounts of what she actually said have been published or posted on social.”

Yes, by all means, let’s crucify Councilwoman Fiore based on second-hand accounts that don’t specify what she supposedly said.  Lovely.

It should be noted that Fiore has plenty of enemies within the GOP – many who could accurately be described as “Romney Republicans.”  And she’s up for re-election to her post as Nevada’s Republican National Committeewoman this weekend.

But politics couldn’t possibly have anything to do with this Fiore fury, could it?

You’d think the responsible thing to do if you’re going to rebuke someone for something she supposedly said would be to at least tell everyone exactly what, you know, she said.  But apparently that’s not how Chairman Sajdak rolls.

Knowing how President Trump has been the victim of these kinds of “gotcha” accusations for the last four years, I’m not prepared to call Councilwoman Fiore a “racist” on the second-hand hearsay say-so of David Sajdak and Jon Ralston.

For those claiming to have a recording, produce it.  Let’s all hear for ourselves exactly what she said, how she said it and in what context.  THEN we’ll decide if Ms. Fiore should be subjected to this media lynching.

* Trump rallies are reportedly coming back…SOON.  Time to get back to making America great again.

* Why isn’t EVERY Democrat candidate on the ballot being asked if they support defunding the police?

* What about systemic fatherlessness?

* Two of the three young black men caught setting a Metro police car on fire during a Black Looters Matter riot in Las Vegas have already been set free by the judges overseeing their cases.

* Employee at a taco shop in Ohio walked off the job rather than fill a catering order for police officers.

* What if video emerges showing George Floyd “violently resisting arrest and fighting with cops inside the police vehicle”?  Would that squelch his canonization?

* Gun control freaks have succeeded in getting HBO to reboot its Bugs Bunny cartoon and remove the shotgun from Elmer Fudd’s hands and the pistols from Yosemite Sam’s.  The nation is now a safer place because of it (not).

* Nevada Dems have refused to call a Special Session to deal with the economic devastation of the #SisolakShutdown, but are considering one to deal with “social justice.”  In other words, “Make Rioting Safe Again.”

* A couple days ago, actor James Woods began tweeting the names of the 97 police officers who have been killed in the line of duty so far this year.  In response, Twitter locked his account.

* The New York Police Department has discovered hardened cement disguised as chocolate ice cream containers near the scene of a “peaceful protest” in Manhattan.

* I can’t understand why more businesses don’t open shop in black neighborhoods.  It MUST be because of “systemic racism,” right?

* The police chief in charge of so-called “systemic racism” in Minneapolis is…black.

“London police squads were chased through the streets and pelted with missiles by crowds yelling ‘run, piggy.’ …35 of its officers suffered injuries.” – Breitbart News

“Isn’t it amazing—between abolishing ICE and Defunding the Police, it seems like the only government programs Democrats ever want to cut are the ones that make Americans more safe.” – Charlie Kirk

“Any Black person who calls me a coon or and Uncle Tom for promoting EQUALITY is a Black Supremist, because they have determined who’s Black and who is not.” – Brooklyn Nine-Nine actor Terry Crews

“The @WHO (World Health Organization) now says that people who don’t have Covid-19 symptoms only very rarely spread the virus. The national economic shutdown was largely unnecessary. How nice of them to come around after we said we’re defunding them!” – Paul Blair