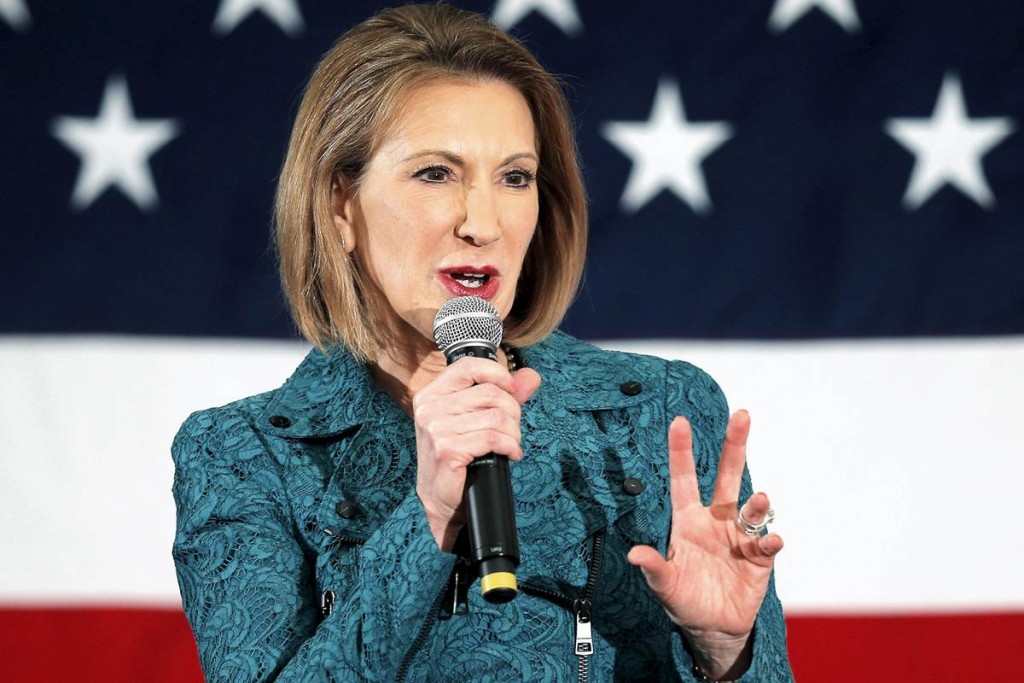 (Lisa Marie Wark) – Republican presidential candidate Carly Fiorina hosted a tele-town hall meeting with Nevada voters where she provided a strong argument for why she’s the conservative outsider with a clear plan to get our country back on track.

Carly touted her executive experience, her proven leadership and ability to beat Hillary Clinton in the general election.

Yesterday’s tele-town hall is part of Carly’s effort to share her blueprint to take the country back from the professional political class in Washington. Carly’s six points plan include radically simplifying the tax code; passing zero-based budgeting; repealing Obamacare; standing for life and religious liberty; securing our borders; and, defeating ISIS.

Fiorina is one of the hardest working candidates in the field, and has spent the last month meeting people in Nevada and across the country. Every step of the way she takes the time to explain her blueprint in full detail. Recently in South Carolina, her campaign had to change venues in order to accommodate an “overwhelming response” from people who wanted to attend her event.

It’s no surprise that four former Nevada GOP Chairwomen are backing her candidacy as members of the Leadership Team supporting Fiorina. Amy Tarkanian, Sue Lowden, Earlene Forsythe and Lia Roberts are each strong Nevadans attracted to Carly’s vision for our country.

Tarkanian says of Carly, “We need a voice of reason. I can’t think of anyone who fits that bill better than Carly.”

Fiorina has been especially adamant in attacking Obama’s handling of ISIS. She’s named specific nations and foreign leaders she’d work with to combat ISIS, like Israel’s President Benjamin Netanyahu and Jordan’s King Abdullah II. Her ultimate goal is to “deny them territory” by enlisting foreign cooperation and leading an international effort with allies in the Middle East to placate the threat in their backyard.

Carly herself is a citizen leader and a conservative outsider. Carly has been battle tested and has decades of extensive executive experience. Carly rose up through the ranks at AT&T during the 1980s, earning an MBA from the impressive Sloan School of Management at MIT.

In 1995, Carly received a commission from AT&T to lead a new telecommunications equipment spin-off called Lucent Technologies. Under Carly’s dynamic leadership, the initial public offering (IPO) became the largest in U.S. history. Her achievements at Lucent earned her the recognition from Fortune Magazine and she was named the most powerful woman in business.

Fiorina continued to make history in the business world. In 1999, she became the first female CEO of a Fortune 20 company, Hewlett-Packard. At HP, Carly led a reimagined restructuring initiative, consolidating 83 siloed departments into just 17. She oversaw and directed a historic merger with Compaq, the first in a growing trend of tech acquisitions and merges throughout the new millennium’s first decade.

The Sacramento Bee reported, “Most industry observers agreed that Fiorina had done a good job in dragging – sometimes painfully – HP from a slow-moving and consensus-oriented culture into a leaner and more nimble organization that could better compete in the fast-changing tech arena.”

Fiorina promises to bring her successful, accomplished executive leadership style to the Oval Office – an attractive proposal in an election year that favors outsiders.

Carly clearly remains the dark horse in this race, and the candidate Nevadans can trust to look out for their best interests.