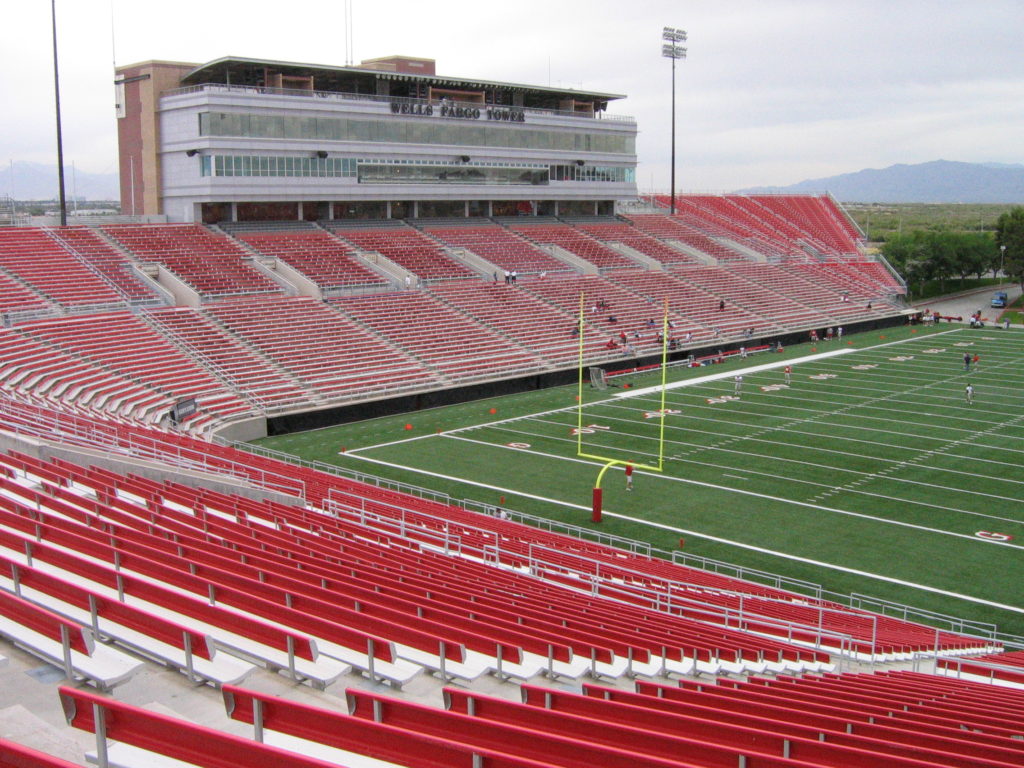 (Ryann Juden and Robert Lang, Las Vegas Sun) Nevada is a national model for attracting businesses and securing substantial economic commitments from national and international firms searching for a new home. With a growing roster that includes Apple, Tesla and most recently Faraday Future, Nevada is executing a winning game plan as it draws multibillion-dollar companies to our state.

Southern Nevada is poised to seize another asset for a region with few peers in the tourism and resort-economy sector: an NFL team. The opportunity to attract another professional sports franchise — and the requirement of building a stadium — should follow that same winning game plan required for all other economic incentive packages in the state.

In September 2014, leaders came together in a special legislative session to pass a historic economic incentive package to attract Tesla and its multibillion-dollar battery factory to Northern Nevada. The promise of 6,500 jobs, $52.9 billion to $96.9 billion in economic impact over 20 years and a net increase of $1.95 billion in tax revenues persuaded leaders to pass a tax-incentive package worth $1.25 billion.

When North Las Vegas Mayor John Lee saw the benefits of such an exciting economic development package, he and his team developed sales pitches to businesses across the globe to build in Southern Nevada. The result, as we now know, is Faraday Future. In December 2015, Gov. Brian Sandoval called another special session to pass a second historic incentive package, this time to entice Faraday to build a $1 billion electric-car-manufacturing facility in North Las Vegas.

Again, state leaders focused on jobs, economic impact and return on investment to determine appropriate incentives. With 4,500 jobs, $87.5 billion in economic impact over 20 years and a net increase of $760 million in tax revenues on the line, legislators approved a tax-incentive package of up to $217 million.

As members of the team that helped recruit Faraday to North Las Vegas, we can tell you that Nevada’s economic development game plan works. Whether a company makes batteries, electric cars or field goals, the questions we should ask about such opportunities should be the same.

The Oakland Raiders are no different from any other company Nevada might recruit, and the questions to be answered and the process to be followed must remain the same. How many jobs will be created? What will the economic impact be over 20 years? What is the net increase in tax revenues? How much is needed in a tax-incentive package? The answers should make clear the approach the state should take.

Negotiations to determine the appropriate ratio of public vs. private dollars for investment in a stadium in Southern Nevada differ in one important way compared with other metro areas: Tourism is the core sector of our economy. Las Vegas is home to global experts in tourism and hospitality, and nobody does it better. Discussions with the Raiders and the NFL are not akin to talking about using tax abatements to attract a ski resort from Aspen, a nuclear submarine manufacturer from Virginia or a riverboat dry dock welding company from Missouri.

And the conversation is about much more than hosting tailgate parties and selling T-shirts. This is a discussion about building a large, ultra-modern sports and entertainment venue and attracting a spectrum of sports and entertainment events to significantly expand the portfolio of our core industry. Yes, the presence of an NFL team is a major component of this equation, but the equation must stand on its own merits, no matter what the individual components may be.

By asking the right questions and making sound investments, Nevada leads the nation in attracting new, cutting-edge firms. It is crucial that we continue to diversify within our core economic sector to expand the resources available to our state officials to further diversify our economy outside of tourism. The best bet Nevada can make is supporting tourism infrastructure that diversifies our core sector.

While an NFL franchise and UNLV football games in a new stadium would attract a mixture of residents and visitors, a slate of other stadium events — neutral-site college football games and conference championships, NFL exhibition games and Pro Bowls, World Cup soccer matches, motocross events, major concerts and more — would attract new visitors and dollars. If the fiscal equation proves positive, Nevada should act decisively.

Let the Raiders worry about drafting the players they need to win, and encourage UNLV to recruit the best student-athletes available. As for Nevada, our economic game plan is a proven success and continues to produce important economic victories. So let’s follow this plan and acquire another big win for Nevada!