(Thomas Mitchell) – This past week Gov. Brian Sandoval presented his proposed business license tax based on gross receipts in the form of Senate Bill 252 to a joint meeting of the state Senate and Assembly taxation committees. He insisted his proposal is not like the margin tax soundly defeated by the voters in November. 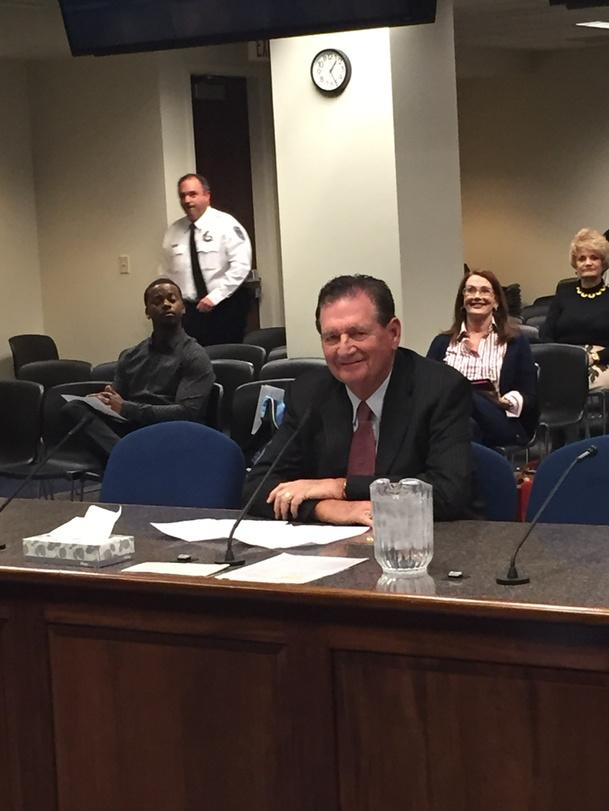 The margin tax pushed by The Nevada State Education Association would have imposed a 2 percent tax on the gross receipts of all Nevada businesses that gross more than $1 million a year, regardless of profitability.

Sandoval’s plan doubles the business license fee on all businesses from $200 to $400 and also imposes a tax on gross receipts. SB252 is a 130-page behemoth with 27 separate tax tables for different industries. For some industries the tax kicks in at about $125,000 a year and for others it doesn’t apply until nearly $200,000 a year. The tax rates vary from a low of 0.056 percent for mining to a high of 0.362 percent for rail transportation.

The margin tax was estimated to hit private industry with $800 million a year in taxes, while Sandoval has said his tax will rake in $250 million. The lowest tax would be $400 and the highest would be $4 million.

For all its flaws, the margin tax was uniform. Sandoval’s is a contortion. Those 27 different tax tables arguably defy the state constitutional mandate that: “The Legislature shall provide by law for a uniform and equal rate of assessment and taxation …”

To help sell his tax hike, Sandoval dragged before the tax panels former Gov. Bob Miller as a living, breathing illustration of just how ineffective his plan to spend more money on education will be.

Miller pushed for and the 1989 Legislature approved a class-size reduction in grades first through third.

“I, along with many people in this room, have been fighting to modernize our education system through both reforms and the creation of a stable broad-based funding source, and this session is the best opportunity we will likely ever have to reach this goal,” Miller testified. “In the 1990s our focus, mine and the Legislature, was on class-size reduction and early childhood programs … but here we are today, and as most of you know, the statistics are depressing about our state’s education system.”

He went on to cite the facts that students are reading below grade level and 30 percent aren’t graduating from high school.

Since 1990 the state has spent close to $2.5 billion on Miller’s class-size reduction — which like Sandoval’s plans for all-day kindergarten, early childhood education and various special million-dollar programs seemed a no-brainer at the time — but the results have been nil. In fact, in some cases the results have run counter to what was expected.

A 2001 report by the Nevada Legislative Counsel Bureau found that, while principals, teachers, and parents were very positive in their attitudes toward class-size reduction, achievement data did not produce results. Students in larger classes outperformed those in the smaller classes.

The Nevada Registered Agent Association commissioned a study of SB252 that estimated its enactment would cut new business filings in Nevada by approximately 44 percent in fiscal year 2016 and 63 percent in FY 2017. The study also estimated that the proposal overstates its revenue projections by approximately $42 million in FY 2016 and by about $65 million for FY 2017. NRAA Study

According to the Cato Institute, Nevada has increased inflation adjustment per pupil spending more than 80 percent since 1972, but SAT scores have fallen.

Meanwhile, no one is suggesting any budget cuts. 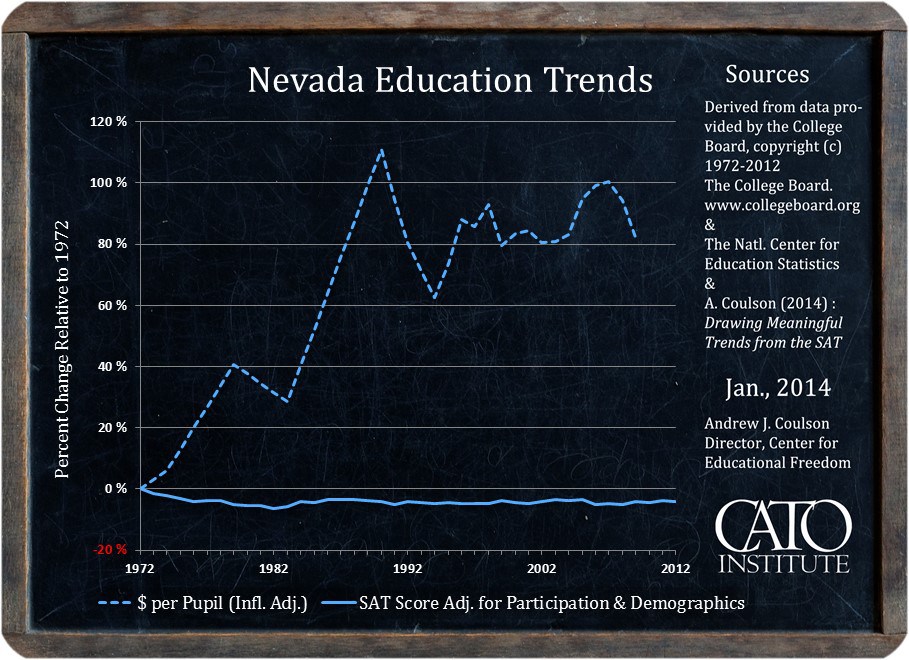 N&V StaffJuly 10, 2022
Read More
Scroll for more
Tap
Sandoval lashes out at criticism of tax without rebutting a single fact
Metro not targeting any lawmakers in alleged extortion