Friends in Service Helping: Great Service to the Needy 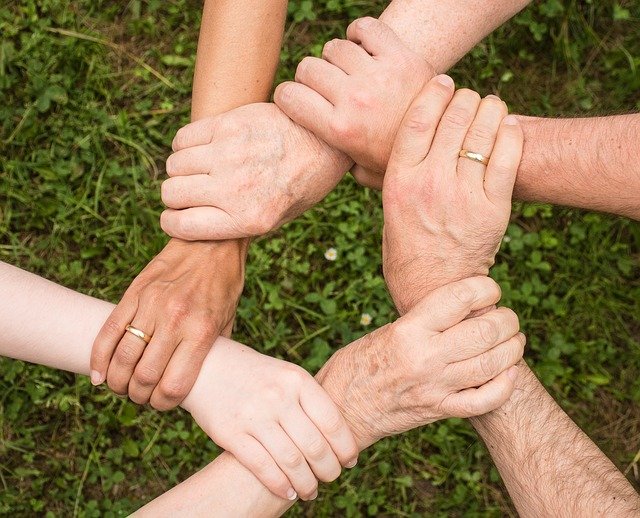 (Ron Knecht) – Our family has enthusiastically supported FISH (Friends in Service Helping) since coming to Nevada in 2001.  It is northern and western Nevada’s all-purpose “hand up, not a handout” that helps folks turn their lives around.

Recently, FISH published anonymously a letter from a former client.  With permission, I reprint parts of it here.

“When I first came to FISH in 2019 needing help, I didn’t really even know what I needed.  I had been chronically homeless for about 15 of the past 20 years.  Always dwelling in cars, which led to a false sense of security.  Or maybe it was a ‘new normal’ that became so etched in my being that I thought I had become free of needing four walls and a door.  Living in a car felt normal at that point.

“But I was running out of roads with shrinking options.  My health had deteriorated severely to where even a minor infection became a big deal.  The only food I could chew and digest was expensive proteins, and I couldn’t afford it because I was putting every dime into my dying car.

Mostly, FISH offered me solace from the streets.  It wasn’t a place to ‘hang out’ but it was a place where I didn’t have to pretend to be someone I’m not – [a place] without judgment.

“They fed me, gave me a place to wash my clothes and take a shower, and offered baby wipes for those times when I needed to clean up but was too far away or unable to get to FISH.  They gave me referrals for other assistance that mostly didn’t work for me because (unbelievably) my SSDI income was too high to qualify for any other assistance.  I was trying to get out of the maze, and the sustenance FISH offered helped me stay hopeful and prepared me to meet the change I was looking for.  (…)

“In January of 2020, we all had a new challenge in our lives, called COVID. …  I came to FISH where I think I saw Becca there again, who said again I should seek help from Curtis Butler at the VSO. … [H]e told me he could at least get me a motel room for a couple of weeks. (…)

“Two weeks felt like an eternity to stay sheltered in a motel.  I had finally received a section 8 voucher (13 years after first making applications) on March 2nd, but there were no apartment vacancies (…)

“I remember all of these ‘lasts’.  Last food bag at FISH, last shower, last good home-cooked meal, last conversations with people who were trying to help instill HOPE in me that change was coming.  But all I saw were dead ends, everywhere.

“Yet, I know that as futile as the situation seemed to me, I was at a starting point.  I know most homeless people were realizing they were situated to die in a pandemic, due to being unhoused.  I’m not so special to think that I deserved to be spared from it.  I think if I had never gone to FISH looking for assistance, I could have easily ended up using a grocery cart to transport my belongings after losing my car, and sleeping on the streets – where so many ‘yets’ were waiting for me.

“I found an apartment that would accept my voucher, and Curtis paid for the security deposit.

“Now, I am fortunate to be able to donate some resources back to FISH.  It will never match what I received there.

“FISH helped me keep looking for ways out of the rat maze.  …  I was looking for a way out, and the route is a different way for everyone.  FISH doesn’t use a cookie-cutter approach to the clients.  They recognize every person is a unique individual.  If I am your only success story, then you have solid proof that what you are doing is heading in the right direction.

“My story is just one of thousands.  I’m a success story because you left the door open.  And inside the door, compassionate care is delivered every day to many untold storytellers.”

People seeking a good use of their time, talents and treasure should contact FISH

Ron KnechtOctober 23, 2021
Read More
Scroll for more
Tap
Does Being Gay Give You an Advantage in the NFL?
Getting Vaccinated Combats the Inevitable Overreaction About the Delta Variant