Getting Vaccinated Combats the Inevitable Overreaction About the Delta Variant 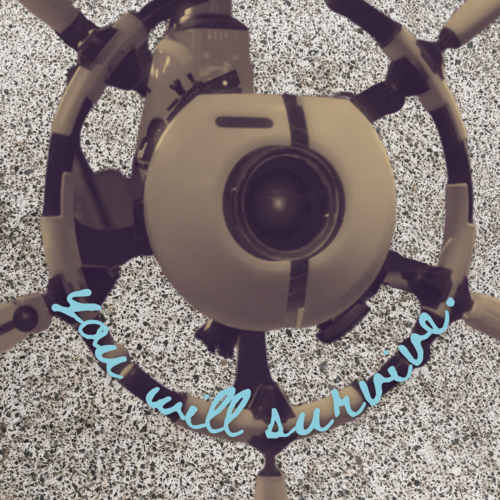 (By – Ken Minster) – TL;DR: It is imperative that the United States doesn’t lock down because of the Delta variant of COVID-19. But you can help prevent that by getting vaccinated; if only to give the Left fewer reasons to take away people’s livelihoods and freedom.

This morning, all I was reading was doom and gloom about the rise in COVID-19 cases even though it is quite apparent we are exiting the pandemic by most metrics. The media is already beginning to spiral into fear mode again surrounding the spread of the Delta variant of COVID-19. One exasperated story said the two week positivity rate “sharply” increased by .4% to 5.5%. *sigh* I’m not worried about getting this strain of the virus. I’m worried about the regular people who are just now getting reoriented to life again facing another disastrous lockdown because some bureaucrat read that article.

The effects of the last lockdown will be felt in our society for years to come. The list of self-inflicted wounds from the lockdown includes shipping delays and shortages, lost wages, learning disadvantages for low-income kids, widespread depression and countless other unintended consequences.

Now that we have the 20/20 clarity that comes from hindsight, it would be easy to pan the actions of the politicians, bureaucrats and rabid media who begged to lock down humanity in the most unrealistic way during 2020. But, if we are honest, we were all scared, we had very little information, and had a genuine desire to save lives. I get all that. I also know that hundreds of thousands of moms, dads, sons, daughters, grandmas, and grandpas died from COVID-19. I take this virus seriously and think we should continue to practice some caution and act prudently. I consider getting a COVID-19 vaccine part of that prudent action, by the way. The general consensus is that it is safe and effective at making people less sick if they catch the virus (which itself has a low death rate).

“I consider getting a COVID-19 vaccine part of that prudent action, by the way.”

A little over a year later, not only has science borne out that lockdowns didn’t really do what they intended very well but *please hear my sarcasm* thankfully they also made billionaires richer, increased the global extreme poverty rate for the first time in over 20 years, and led to a man’s death due to lack of government help in Nevada. It would be an unmitigated disaster to lock down again. It will hurt people much worse than the ill we are trying to avoid. Additionally, countless media predictions of apocalypse in states that DIDN’T lock down like Texas and Florida have gone continuously unfulfilled.

RISK IS A CENTRAL FACTOR OF LIFE

The American left’s “even one life lost” mentality that they have applied to many political issues these days is shockingly unrealistic. There is simply no such thing as a zero-risk, zero-death scenario. This does not mean we need to be uncaring and unsafe, but this experiment in government-led COVID-19 mitigation throughout 2020 and 2021 was a shining example of the dangers of mission creep. Remember when “15 Days to Stop the Spread” became protecting hospitals from being overrun to becoming an entire year of lockdowns? It also showed us the real-life consequences of media malpractice. For instance, thousands of lives might have been saved had the media not made hydroxychloroquine a political weapon to be used against Former President Trump. It also showed us how government can easily fail to deliver on promises of help from its own bad decisions like giving $2,000 to people in stimulus to make up for a year of lost income or spending trillions of taxpayer dollars on things completely unrelated to the pandemic like bailing out union pensions or a $100 million underground rail project in Silicon Valley.

We cannot continue to be paralyzed with fear of this virus. There are a lot of things in the world that can kill you. If we locked down the world for each and every disease and ailment until the risk is zero we would never be allowed to leave our homes again. Risk is a central factor of life. I am simply encouraging you to weigh your personal risks and adjust your behavior accordingly but oppose the people in charge who want to make that decision for you. A recent study of 92,000 cases of the Delta variant in the United Kingdom showed that ZERO vaccinated individuals under the age of 50 died from the illness. 117 of those 92,000 cases ended in death (many of which were unvaccinated individuals) which means you have a 0.13% chance of dying from the Delta variant of COVID-19. 0.13%! For reference, you have a 0.5% chance of dying from MRSA (drug-resistant super bacteria) in your life. Every time you drive a car, you have a 0.97% chance of dying.

All that said, you must also weigh the risk of whether to get vaccinated or not. I got the vaccine, had zero side effects from the first and second shot, and strongly encourage you to get it after consulting with your doctor, especially if you have certain pre-existing conditions. While I know this is anecdotal, most of the people I know had 1 or 2 bad days from the shots and then were fine. On the other hand, most of my friends who have gotten COVID-19 itself experienced what one friend described as “the worst experience of [his] life” or at very least “the worst week of flu symptoms of [their] entire life.” Almost every doctor friend I have spoken to has told me that getting the vaccine and its accompanying symptoms is a better experience than getting COVID-19 and its accompanying symptoms.

Getting your kids vaccinated, however, is 100% at the discretion of parents and I cannot comment at all on that decision. But for adults who are out in the world, I strongly encourage you to get it. It will decrease your chances of being hospitalized by the virus by 96%.

I know this is a deeply personal decision and that you saw on a Facebook group last week that someone got hives or heart inflammation because they took the vaccine, but just as much as the media is trying to keep you afraid of the virus, there is an entire crowd of people who want to keep you afraid of the vaccine as well. Both of these sides are highly motivated and have a lot to gain from you believing them.

Similarly, if you drink a Pepsi (or 5) every day, the level of danger from this vaccine is much lower than the damage you are doing to yourself by drinking that soda each day. Obesity kills almost 3 million adults a year and catching COVID-19 while obese significantly increases your chance of death. (When they make a vaccine for being fat, I’ll have to get that one, too.) Do some research and do what is right for yourself and your family but I believe the only clear way to end this pandemic fully is by getting as many people vaccinated as possible.

“When they make a vaccine for being fat, I’ll have to get that one, too.”

There is an added dimension to getting the vaccine for those of us Republicans under Democrat rule in states like Nevada, though. Until we can vote them out in 2022, the only way we are going to be able to keep our control-addicted elected officials at bay from locking us down again is by doing our part to keep cases and hospitalizations down. Beyond the obvious benefits of less people getting sick, the more people that get vaccinated means less hospitalizations and less excuses these misguided people will have to lock us down. We can’t stop (and don’t want to stop!) the people coming to Las Vegas to vacation. I am vehemently against requiring proof of vaccine to travel and play here. Additionally, mask mandates make customers less happy and their effectiveness has been called into question for months now.

Tourists will do what they do, but for us citizens, until we can elect a better Governor and state legislature, we should do everything we can to stop our leftist leadership from trying to once again kill our economy through a second lockdown or bringing back wildly inconsistent social distancing mandates.

I WANT TO LIVE

In conclusion, we can’t chase safety at the expense of living our lives. In the Disney movie, Wall-E, the bureaucratic, faceless “Aut-O” robot pilot (in the image above) tried to keep humans from leaving the safety of the spaceship to the ‘dangerous’ world below. He told the ship’s captain that he will survive if he stays inside the ship. The captain responded, “I don’t want to survive. I want to live.” We have to live. Kids have to go to school. Humans have to interact and party and take advantage of their short time on this planet.

Also, people have to work. To that point, rich folks in their technology and administrative jobs can work from home and thrive during lockdowns. What about those folks that require in-person customers or in-person labor? There is no working from home for them. And before you say for them to go on UI, they have about a 50/50 chance of getting unemployment assistance because of how overwhelmed the systems are nationwide. So, I think the best thing would be to keep them working and help protect ourselves and those around us by getting vaccinated and NEVER making the mistake of locking people down again. We cannot cower in fear for the rest of our lives because CNN or some politician told us to.

As always, I am open to debate, rebuttal, and friendly conversation on the subject.
Please feel free to comment on the social media post of this article or email me at kenatnewmedia@gmail.com.

You can read more of Ken’s articles on his blog, New Media.