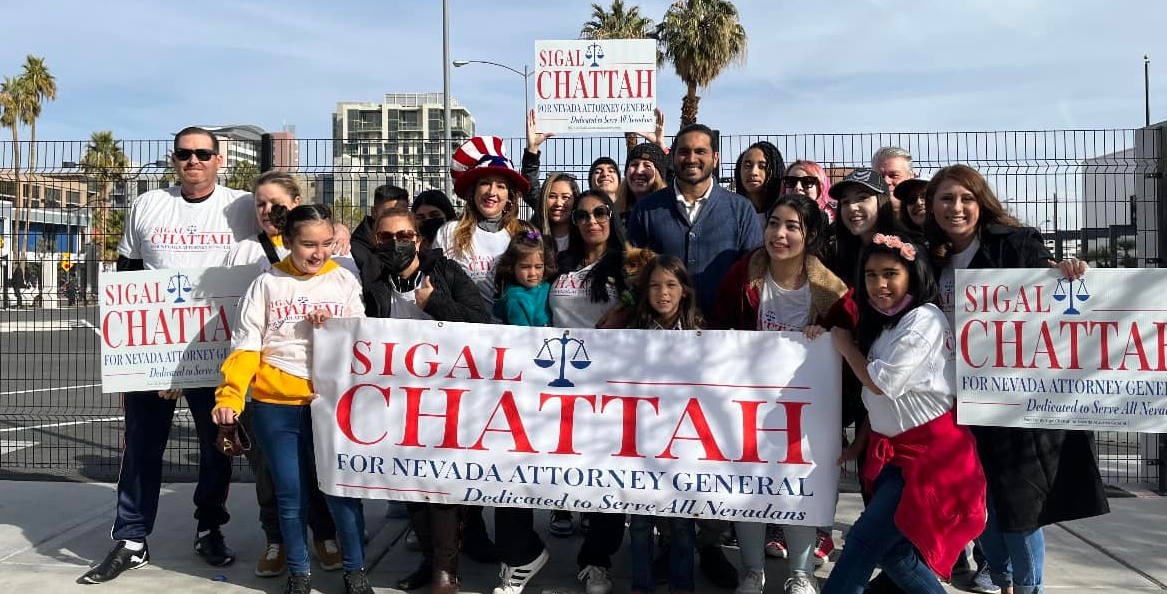 “What we have in this race,” Chattah said, “is a Democrat attorney general who’s been carrying Gov. Sisolak’s water in court to strip Nevadans of basic constitutional rights, and a last-minute primary challenger who’s been missing in action since she lost her county commission race in 2018.  Nevadans and Republicans deserve better.”

Chattah noted that while she has filed numerous lawsuits, pro bono, challenging Sisolak’s abuse of “emergency” powers related to COVID, Ford has been on the other side, not representing the people, but his political patron whose job he wants in 2026.

“While Aaron Ford has been using his office to build his political future, I’ve been in court building cases against Sisolak’s authoritarian one-man-rule,” Chattah continued, “including successfully forcing Ford and Sisolak to fully re-open Nevada’s churches just 10 days before Christmas in 2020.”

Chattah pointed out that while she’s been slugging it out with the Sisolak/Ford administration over mask and vaccine mandates, her primary opponent has sat on the sidelines and devoted her time in court defending her family’s various marijuana businesses.

“I’ve been actively campaigning all across the state for the last year,” Chattah noted. “Tisha, on the other hand and at the behest of the Republican establishment, parachuted into the race just last month.

“While I’ve been fighting Sisolak and Ford every step of the way,” Chattah continued, “Tisha’s been sitting on the sidelines watching the parade go by.  Sorry, but with basic constitutional rights under constant attack, these times call for a fighter, not a spectator.”

Chattah noted that Black ran as a “moderate” in her failed Clark County commission race in 2018 and has contributed large donations over the years to Democrats Sisolak, Harry Reid and Sen. Catherine Cortez Masto.

“Republicans are going to have a clear choice in the June primary,” Chattah concluded.  “They can nominate as their champion an independent, outspoken, proven warrior who’s already successfully gone toe to toe with the Sisolak/Ford regime, or they can nominate a soft-and-sweet puppet who will do as she’s told by the Democrats she’s been funding for the last ten years.

“I trust the voters will see through the attack ads bound to come from Black’s handlers and get the nominee who can actually win in November.”