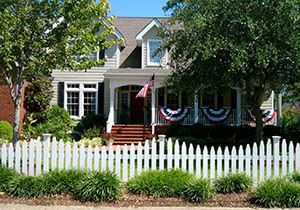 (Newt Gingrich & Sean Kennedy) – Homeownership has always been an essential part of the American Dream. For too many aspiring young homeowners, however, that dream is slipping away amid economic stagnation and flat incomes.

According to the latest Census report, homeownership rates for all Americans are at a 48-year low: 63.4 percent. Of those under 35, barely more than a third own their homes. At the same time, polls show millennials still dream of owning their own homes but don’t have the means to do so.

With a few simple changes, Congress can take practical steps to help them reach that goal. The current tax code too often discourages people from saving the amounts they need to purchase homes responsibly. But just as our laws recognize the value of saving for retirement in 401(k) accounts, we could create a similar savings vehicle for first-time home buyers. It would be a low-cost, low-risk, bipartisan solution to empower people.

There’s a lot we should do to improve housing policy and reduce government meddling in the market.

Specifically, government-sponsored enterprises like Fannie Mae and Freddie Mac need to be wound down within five years. Congress should eventually get the federal government out of the business of guaranteeing risk in the housing market altogether.

Part of this must include broader tax and regulatory reform because without structural changes to the tax code and a simpler regulatory system, we cannot have the necessary growth to build and maintain a healthy housing market.

First, through Fannie Mae and Freddie Mac, it insures risky mortgages for those who otherwise would not qualify to buy a home under normal banking rules, a policy that contributed to the foreclosure crisis that still lingers today.

Second, the IRS allows all mortgage holders to deduct the interest they pay on their primary residence (worth up to $1 million) under the Mortgage Interest Deduction (MID).

The problem with these programs is that they don’t help first-time home buyers afford the homes they want to buy in the long-run — they only cushion the risk to banks or ask taxpayers to subsidize the cost of mortgages and closing costs.

Instead, we need a solution that makes it easier for people to save to buy a home, reduces the long-term costs of mortgages and helps stabilize the housing market for the long haul.

Congress doesn’t need to look far for a different model. The Commonwealth of Virginia just enacted a bipartisan bill to help first-time home buyers save just like the federal programs for retirement and college savings accounts.

The bill, introduced by Virginia Del. Tom Greason, is straightforward. It allows Virginians to open a tax-exempt savings account to use for a down payment or closing costs on their first house.

The proposal was so common sense that it whizzed through the Virginia legislature (controlled by Republicans) and was signed by Democratic Gov. Terry McAuliffe in April 2014.

Montana enacted a similar plan in 1998. It’s time Congress did the same thing.

Individual savers or couples should be allowed to put away income tax-free toward their first house, just like they save for retirement in a 401(k).

The accounts should also be tax-exempt as long as the holder puts them toward eligible expenses like a down payment. The larger a down payment, the lower the monthly mortgage costs and risk to banks. If home buyers put 20 percent down, they would have instant equity in the home they purchased.

It’s not only buyers who would benefit. Sellers would see the housing market rebound as aspiring first-time home buyers were able to realize their dream. Banks, issuing loans to buyers with sturdy savings, would see their risk fall, too.

For budget hawks, the proposal could easily be made deficit-neutral if the first-time home buyers who took advantage of these accounts no longer were eligible for the mortgage interest deduction. Over the 10-year budget window, savers would more than pay back the Treasury in taxes as their incomes rose.

For more than 150 years, the federal government has recognized homeownership as a cultural milestone and a goal worth supporting. Many of our past policies, like the Homestead Acts and the GI Bill, helped to settle the country and grow the middle class.

Others, such as the push to give mortgages to people who could not afford them, backfired — and we are still suffering some of the effects today.

Instead of doubling down on the unwise policies of the past, Congress needs a plan that empowers buyers, bolsters the housing market and prevents another foreclosure crisis. The answer is simple: Make it as easy for first-time home buyers to save for their dream home as it is to save for their retirement.