Gingrich: Losing the War with Iran 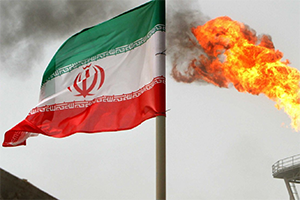 (Newt Gingrich) – By any reasonable assessment, the United States is losing its 36-year war with the Islamic Republic of Iran.

The surrender to Iran on sanctions and nuclear weapons will be one more stage in the American defeat by a determined, dishonest and surprisingly effective theocratic dictatorship in Tehran.

Historians will look back on the Iranian campaign against the United States and conclude that there have been few examples of a weaker power so decisively outmaneuvering, bluffing, deceiving and weakening its vastly more powerful opponent.

Sun Tzu would be proud of the strategic skills exhibited by the Iranians and their ability to lie and feign reasonableness while calmly and steadily implementing a strategy of relentless aggression.

Now, through these strategies, the Iranians are on the verge of a triple victory over the United States: an agreement that will legitimize Iran as the dominant regional power, substantially expand the amount of money it has to support terrorism and other military efforts, and smooth the path to its becoming a nuclear power.

This will be the greatest victory yet for the Iranian dictatorship in its war against America.

That war began 36 years ago, in 1979, virtually the moment Ayatollah Ruhollah Khomeini returned from Paris to create a religious dictatorship. Mark Bowden captures the reality of this war in his book “Guests of the Ayatollah: The First Battle in America’s War with Militant Islam.”

Beginning in November 1979, the Iranians occupied the American embassy and held 52 Americans hostage for 444 days. The regime could take two clear lessons from this illegal attack.

First, the seizure allowed the Iranians to assert their moral superiority, characterizing the crime as a “conquest of the American spy den.” It was a great political and emotional victory for the radical regime and strengthened its control of Iran.

Second, the dictatorship could treat President Carter with absolute contempt. It was unmoved by offers of financial aid and by military threats. The failure of an American military rescue effort in April 1980 just deepened Iranian hostility.

The day after the embassy was seized, Khomeini called the United States the “Great Satan.” This was not a casual remark. It expressed the depth of sincere revulsion the Iranian leadership felt — and continues to feel — for America.

As recently as last week, demonstrators burned American flags in Tehran (something that could only have occurred with the dictatorship’s approval).

Whatever good personal relations Secretary of State John Kerry thinks he developed with the Iranian foreign minister in Geneva, there is unrelenting anti-American hostility from Ayatollah Ali Khamenei. As recently as June 4, he tweeted that “The term ‘Great Satan’ for US was coined by @IRKhomeini; when you consider … an entity as Satan then it’s clear how you should behave.”

Here is the supreme leader of the Iranian dictatorship reminding his followers that any deal in Geneva is a deal with “the Great Satan.”

The fact that this is an English language statement available for anyone (even the White House and the State Department) to read is a sign of the continuing contempt the Iranian dictatorship has for the United States.

The last 36 years of experience validates the Iranian approach.

For more than three decades the regime has funded, supplied and trained terrorists all over the world, and we have done next to nothing.

Iran has waged a proxy war against Americans using Hezbollah — including blowing up the U.S. Embassy in Beirut, killing 63, and later bombing a Marine barracks there, killing 220 Marines, 21 other U.S. personnel, and 58 French troops — and nothing happened. They captured the CIA station chief, tortured him for months, released a video of him after the torture and killed him. Nothing happened.

Iran has consistently supplied both Hezbollah and Hamas in their fight against Israel.

Iran has sheltered al Qaeda members from Americans who were hunting them.

Iran has provided bombs and other weapons used to kill Americans in both Iraq and Afghanistan.

Iran has supported Bashar Assad in Syria and now supports the Houthis in Yemen.

For all of this, there has been no significant cost to the regime. Indeed, America’s influence had declined and Iran’s power has increased.

During a long stretch of economic sanctions imposed by the West, three things have become clear:

An American surrender to Iran in the nuclear deal will have four immediate and devastating consequences.

First, as much as $150 billion in money impounded by the sanctions will be released. The regime’s history teaches us that a substantial portion of this will go to fund terrorism and military action around the world. By focusing on the nuclear program and ignoring the program of terrorism and aggression, the Obama administration is on the verge of vastly increasing the resources Iran has to use against the United States and its allies.

Second, once the sanctions are gone, the Iranians will sign very profitable contracts with German, Russian and Chinese firms. The pressure against reinstating the sanctions will be overwhelming (and two of the three countries have vetoes in the U.N. Security Council).

Third, the Iranian nuclear program will be “approved” by the international community and will accelerate. If North Korea is any example, once these negotiations conclude, the Iranians will go full-speed ahead. Inspectors will be delayed, obstructed, lied to and will pathetically whine about Iranian noncompliance. It is clear this agreement guarantees an eventual Iranian bomb. And “eventual” may be a lot sooner than we think.

Fourth, signing an agreement as a co-equal with the United States, Russia, China and the Europeans will drastically increase the prestige of the Iranian dictatorship. That enhanced prestige will be translated into an already aggressive regime bullying its neighbors even more.

Mr. Obama will argue that the choice is a bad agreement or war.

He misunderstands the current reality.

We are already at war with Iran.

This deal hands them a victory while continuing our fantasy.

N&V StaffJuly 6, 2022
Read More
Scroll for more
Tap
High and mighty judges decide what is law and scripture
Obama still in denial over the presence of radical Islam