Gingrich: Pope Francis and Religious Liberty in Cuba and the United States 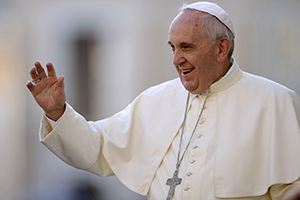 (Newt Gingrich) – The most important message Pope Francis will bring to Washington this week is about religious liberty.

It is especially fitting that the Pope is coming from Cuba, where the dictatorship is officially atheist. The Castro regime has tolerated the Catholic Church to some degree but has stopped the Church’s social missions in hospitals and schools. The anti-religious policies are enforced by prison sentences and the power of the state to coerce those who are too enthusiastically religious.

In Cuba, Pope Francis described the Church’s need for liberty “so that the Church can continue to support and encourage the Cuban people in its hopes and concerns, with the freedom, the means and the space needed to bring the proclamation of the Kingdom to the existential peripheries of society.”

The Pope’s allusion to a powerful government crowding out the institutions that make society flourish should sound familiar to those of us here in the United States. That’s because our government, founded on the ideal of religious liberty, has become increasingly hostile to religion–not only in our civil institutions, but even in the individual conscience.

Immediately following his plea in Cuba on behalf of the Church’s social services, the Pope is visiting a nation that was for centuries a model of religious liberty, a heritage that is now threatened by the most aggressive–indeed, in many respects totalitarian–secularism in its history.

Here in America, the anti-religious secular left has taken the position that Catholic institutions can only survive if they cease being Catholic. Catholic adoption services, schools and hospitals are increasingly threatened by the state’s drive to curtail “the freedom, the means and the space” to live according to our faith.

For instance: The Little Sisters of the Poor, who devote their lives to serving society’s most vulnerable, have sincere religious objections to the administration’s decree that they must provide their employees with free contraception. If they do not comply with the demand, the totalitarian secular state wants to impose multi-million-dollar fines that would destroy their ability to operate.

Just as he did in Cuba, the Pope will find in America that the drift toward secular totalitarianism and away from religious liberty is a real threat to the Church’s mission to “bring the proclamation of the Kingdom to the existential peripheries of society.”

When Callista and I made Nine Days that Changed the World, a documentary film about Pope John Paul II and his 1979 pilgrimage to then-communist Poland, we were struck by the parallels between the anti-religious elites of the Communist dictatorship and the patterns we have been watching in here the United States today.

At almost every turn, we can find in the U.S. today clear parallels to the Communist regimes’ assaults on religion. Religious liberty is less important and the imposition by the state of a politically-correct, secular ideology is more apparent than ever.

I hope the President, the members of the Supreme Court, and the members of Congress who hear Pope Francis this week will listen carefully to his call for religious liberty.

I hope the reporters and analysts who cover the Pope’s visit will take to heart his appeal for religious liberty as they have embraced his some of his environmental and economic writings.

If this first pope of the New World can reach into the hearts and minds of our elites as Pope John Paul II did in his historic pilgrimage to Poland, then this will truly be a historic visit.