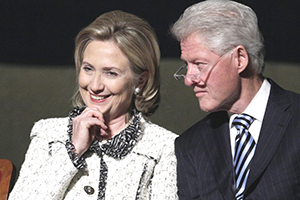 This has to be added to the dozen, literally 12, other Clinton Foundations that have now emerged. They are:

Alliance For A Healthier Generation

Too Small To Fail

Note that Too Small to Fail is a joint venture with Tom Steyer, the left wing environmentalist billionaire who is focused in defeating the Keystone Pipeline. Of course approving the Keystone Pipeline has to come through the State Department and has still not happened.
With 13 foundations already surfacing it will be interesting to see if there are any more.

A number of them did not report anything about the sources of their money.

The Clintons have developed an empire of corruption and dishonesty on a scale never before seen in America. 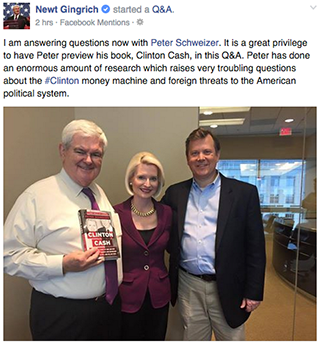 This afternoon, I did a Facebook Q&A with Peter Schweizer, the author of Clinton Cash. It was absolutely fascinating. You can view the entire Q&A here.

Troy La ManaAugust 12, 2022
Read More
Scroll for more
Tap
Fiore: Don’t bite the hand that feeds you
Let the political parties decide how, when and where to nominate their candidates