Gingrich: The Path to a Balanced Budget

Gingrich: The Path to a Balanced Budget
N&V Staff

(Newt Gingrich) – Some people were surprised when I wrote in favor of doubling the budget for the National Institutes of Health. 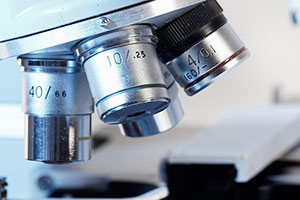 They shouldn’t have been.

When I was Speaker, we set out on a path which BOTH doubled the budget for NIH and balanced the entire federal budget for four straight years.

We were following President Reagan’s advice when he said in his April 2, 1988 radio address on “the federal role in scientific research”:

Some say that we can’t afford it, that we’re too strapped for cash. Well, leadership means making hard choices, even in an election year. We’ve put our research budget under a microscope and looked for quality and cost effectiveness. We’ve put together the best program for the taxpayers’ dollars. After all, the American tradition of hope is one we can’t afford to forget.

There is a long American tradition of believing in science, technology and a better future.

Dramatic breakthroughs in health are vital to balancing the federal budget for two very different reasons.

First, if we increase our lead as the most creative and productive country in the world in health care, we will create hundreds of thousands of high-value jobs and invent entire new industries we can’t even imagine. As the world grows wealthier, people everywhere will pay for better outcomes.

Discovered in America, made in America and delivered by Americans will become the gold standard for healthcare if we make the right investments.

Second, health costs are the single largest projected cost of the federal budget.

Unless we find a series of breakthroughs in health, we will never sustain a balanced budget. As I wrote in my New York Times op-ed this week, the cost to the taxpayers of treating the most common diseases (Alzheimer’s, for instance) is increasing dramatically. Medicare and Medicaid now spend more just on Alzheimer’s and dementia than all federal education spending combined.

Americans will not be happy if the solution to our budget problems is to bureaucratically grind down spending so the whole health system becomes mediocre. That is not a better future.

The only strategy that will work is to invest dramatically in more research to develop the breakthroughs needed to reduce healthcare costs by eliminating the health problems.

This investment, which must be both public and private, has to be matched by replacing the current expensive, anti-innovation, anti-entrepreneur behaviors of the increasingly obsolete Food and Drug Administration. It does little good to invent new breakthrough treatments if the bureaucracy prevents them from reaching Americans.

This research has to be translated into better health outcomes by new, far less bureaucratic models than the current federal agencies deliver–from the Centers for Medicare and Medicaid Services, to the Veterans Administration, TRICARE, the Indian Health Service and the federal employee health plans.

If we can fix the current bureaucracies’ bad implementation, the path to balancing the budget through scientific breakthroughs is simple.

Cure or prevent the disease and you crash the cost.

Iron lungs are no longer a line item in the federal budget (there are an estimated 10 to 25 still in use in the United States). The polio vaccine in the 1950s means we no longer spend money on polio.

There are an average of just six cholera cases in the United States each year. What was once an epidemic has been tamed through scientific breakthroughs.

The Alzheimer’s Association captured the scale of the challenge and the excitement of the opportunity:

Caring for people with Alzheimer’s and other dementias will cost the United States an estimated $226 billion in 2015. By 2050, the cost of care for those with Alzheimer’s is expected to reach over $1.1 trillion. [That’s every year!]

A federal research investment of $2 billion a year between now and 2025, as suggested by the scientific community and less than currently provided for other diseases with a comparable national impact, would be recouped in the first three years after a treatment became available.

There will be a total savings of $220 billion over the first five years.

An estimated 7.8 million Americans would have Alzheimer’s disease in the year 2050, 5.7 million fewer than under the current trajectory.

Remember this is the impact on lives and taxpayer dollars of finding a cure for Alzheimer’s alone.

Add in cancer, heart disease, diabetes, arthritis, autism, Parkinson’s, mental health, kidney disease, etc. and you can begin to see the scale of the opportunity for greater knowledge to lead to much better health for all Americans at dramatically lower cost.

Remember also that people who remain healthy continue to work and pay taxes. The combination of a larger economy with higher revenues combined with lower healthcare costs is the biggest single step we can take toward a permanently balanced budget in the long term.

In coming weeks I will outline other steps to getting back to a balanced federal budget.

For now, however, a good start is to let your Congressman and Senators know that you favor taking a big step toward a balanced budget by investing in health research.