Giving to Fat-Chance GOP Candidates: A Fool and Their Money…
N&V Staff 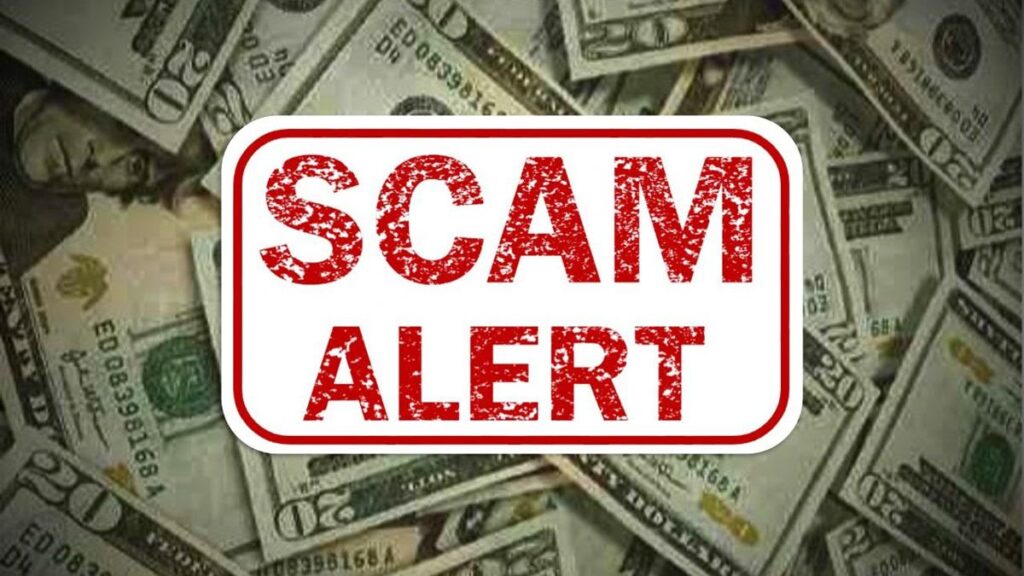 (Chuck Muth) – On Monday I received a fundraising email from Republican John Dennis, who is running against House Speaker Nancy Pelosi in 2022…      “If you want to Stop Nancy Pelosi from passing a $4 Trillion Progressive Stimulus plan in the future, then donate $1,000, $500, $250, $50, or ANY AMOUNT you can afford so we can finally remove her from Congress.” I didn’t make a contribution.  And you shouldn’t either.  Here’s why… You’ll just be flushing your money down the toilet. Mr. Dennis, I’m sure, is a good guy.  And I’m guessing he’s a solid conservative.  While San Fran Nan is the worst of the worst Democrats.  But that’s not the point. It’s easy to raise money from unsophisticated donors against Pelosi.  Conservatives know who she is and can’t stand her.  But can Mr. Dennis beat her? Fuggetaboutit. But don’t take my word for it.  Just look at the numbers… In 2020, there were 10.1 million registered Democrats in Pelosi’s 12th Congressional District.  There were only 5.3 million registered Republicans.  An almost 2-1 advantage.  Good luck with that. Mr. Dennis ran against Pelosi in the 2020 “jungle” primary – where the two top vote-getters, regardless of party, moved on to the general. In that race, Pelosi got over 190,000 votes (74%).  Mr. Dennis, who came in THIRD, chalked up fewer than 20,000 votes (7.7%). Mr. Dennis also ran against Pelosi in 2014.  Lost by 160,000 votes. He also ran against Pelosi in 2012.  Lost by 209,000 votes. If you’ve got ten or twenty or a thousand bucks you want to waste, by all means, give to Mr. Dennis. But that’s NOT how you’re gonna knock San Fran Nan out of the Speaker’s chair. If you want to de-throne Pelosi, you need to focus on supporting GOP candidates around the country who can actually WIN and get the majority back for Republicans.  Consider this… In a post-election analysis done last November, Gavin Sample examined four congressional races in which the GOP challenger raised a TON of money against well-known, well-funded, well-despised Democrat incumbents…

Mr. Sample notes…      “These candidates received a lot of social media attention, and along with it a plethora of small-dollar donors who made sure their campaigns were well-funded. However, the influx of money and social media attention did not lead to electoral success. Instead, millions of dollars from well-intentioned Republican voters and activists across the country were wasted by campaigns that were hopeless from their inception.” Indeed, Ms. Klacik raised a whopping $7.4 million.  She lost 72-28 percent. Mr. Johnson raised over $10 million.  He lost 65-26 percent. Mr. Dudenhoefer raised almost $1 million.  He lost 78-19 percent. Mr. Cummings raised $9.6 million.  He lost 69-31 percent. Now here’s the kicker… Combined, those four GOP candidates raised over $27 million from unsuspecting conservative donors for “mission impossible” races.  What a waste.  As Mr. Sample concludes…      “When it comes to elections and political campaigns, money isn’t everything but it is vital in assisting candidates in getting their message to voters. Among the supporters of both parties, there is only so much money that everyday Americans are willing to donate to candidates, whether locally or across the country, to further their party’s goals and policies.      “This finite amount of money, then, should be spent wisely by donating it to candidates who have a good chance at defeating their opponent, and therefore shouldn’t be donated to hopeless races. The four races above can safely be classified as hopeless races.      “I believe it is irresponsible of both the candidates and those who promoted them that over $27 million was funneled into their campaigns with nothing to show for it. If your goal is to effect change in Congress by defeating Democrat candidates and incumbents, then voters should not be misled to donate to races that cannot be won.      “There were dozens of other US House races across the country that could have used the money donated to the races above to greatly improve on their already decent chances of winning. A few examples of these would be Alek Skarlatos in Oregon’s 4th District, Jesse Jensen in Washington’s 8th District, and Kyle Van De Water New York’s 19th District. All three of these races came within 6% or less of winning, while the margins lost by the candidates highlighted above were at best 38% and at worst 58%.      “The social media hype surrounding the 4 races highlighted, with their pledges to ‘fight socialism’, unfortunately led well-intentioned Republicans nationwide to donate to races that were going nowhere. Hopefully, with these races as examples, Republican activists and voters will be smarter in future election cycles when deciding which elections are worth donating money and time to, and which ones are currently out of the realm of possibility for a Republican candidate.” Amen. A similar scenario played out in Nevada in 2020.  Democrat incumbent Rep. Susie Lee only defeated GOP challenger Dan Rodimer by 3 percent.  THAT was a winnable race. How to avoid getting taken?  Mike Cernovich has some excellent advice…      “Before donating to someone running for Congress, go to Ballotpedia.  Check the district’s last two elections.  If there’s more than a 10% difference in votes between Democrat and Republican candidates, you’re about to get SCAMMED.  Donate to charity instead.” Better yet, click here and donate some dough to my friend April Becker, who has already announced her 2022 candidacy against Susie Lee in Nevada’s 3rd Congressional District. And just to be clear, I’m not saying folks don’t have a right to run for hopeless seats. I’m saying they don’t have a right to be taken seriously. Including taking your money. Lincoln Day in Carson City Thanks to the #SisolakShutdown, the Carson City Republican Party’s annual Lincoln Day Dinner was postponed until April 10.  Rep. Mark Amodei will be the master-of-ceremonies and yours truly will be the keynote speaker. This is gonna be a blast. When last I checked, there were only 25 tickets left.  Gonna be a sell-out.  So if you want to join the fun and frivolity, better buy yours NOW.  Click here… https://www.carsoncityrepublicans.com/lincoln-day-dinner-2020 Muth’s Truths * Reminder: If you’ve received a COVID-19 vaccine, thank President Trump, not Joe Biden.  Trump’s Operation Warp Speed got the vaccine developed far faster than the “experts” – including Lord Fauci – said was possible. * The media bias in propping up Biden is no longer “fake news.” It’s even worse.  We’re now being subjected to outright propaganda that would make the purveyors of Pravda blush. * The military junta in Myanmar – now in power thanks to a REAL insurrection and coup – shot and killed 10 peaceful protestors last Thursday.  And more over the weekend. Would someone please wake up Sleepy Joe and let him know what’s going on? *  The Senate vote to move the nomination of Xavier Bacerra forward on Thursday was 51-48.  The lone Republican to vote with the Democrats?  Sen. Susan Collins.  She never misses an opportunity to shank Republicans on an important, close vote like this. * AB239 would allow local law enforcement agencies to enter into cooperative agreements with the federal government to enforce immigration laws. Naturally, no Democrats co-sponsored the bill.  But five Assembly Republicans also opted not to sign on: Jill Tolles, Tom Roberts, Greg Hafen, Melissa Hardy and Heidi Kasama.  What’s up with that? * Nevada State Sen. Carrie Buck has announced her intent to run this summer for Chairman of the Clark County Republican Party to replace the failed, hapless, incompetent, bone-headed, dim-witted current chair, David Sadsack. FAMOUS LAST WORDS “Can someone please tell me why reporters doing ‘stand-ups’ in the desert are wearing MASKS??? Isn’t there enough room between you and the cameraman? No one else is anywhere close.” – Talk-show host Heidi Harris “I don’t understand much about politics…” – Blubber-blogger Jon Ralston, 1/2/20 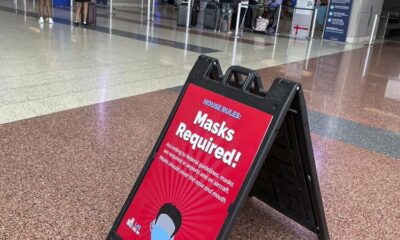 Airports in the U.S. West dealing with shortage of jet fuel