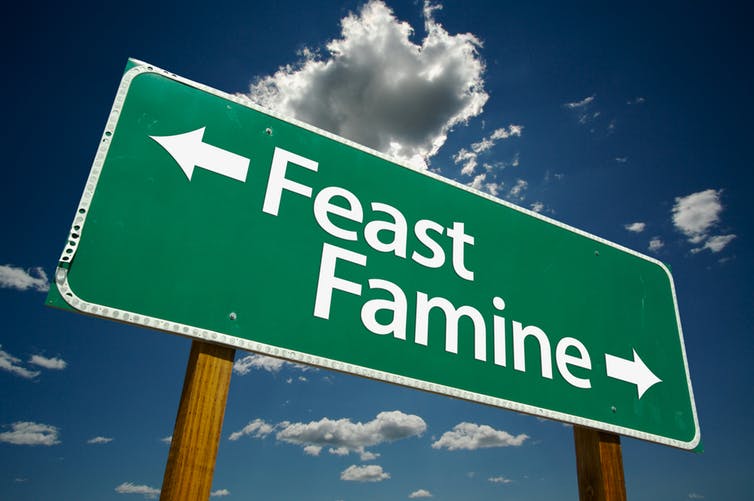 (Chuck Muth) – The argument by those who wish to eliminate the U.S. sugar program has been that sugar can be purchased on the global market for less than the cost of made-in-America sugar.

What they refuse to admit is that those global sugar prices are artificially low thanks to foreign government subsidies which create an unfair playing field.  It’s like letting foreign competitors hit from the ladies’ tees.

And the biggest reason global prices have been depressed in recent years is that those government subsidies have resulted in foreign sugar farmers growing a lot more sugar than they otherwise would, which has resulted in a global surplus.

But as the Wall Street Journal reported this week, “A brewing shortfall of sugar supply in Asia is lifting the global price of the sweetener… after a glut of sugar in India depressed global prices for several years.”

“Thailand’s sugar harvest, which ends in March, is expected to be significantly smaller than last season’s crop after months of unusually dry weather,” the paper continued.

“Some farmers in the Southeast Asian country have also started growing cassava, a root vegetable, instead of sugar cane, further reducing production.”

This is why the global sugar market isn’t just the most manipulated crop on the planet, but one of the most volatile, as well.  The artificially cheap price of yesterday could easily skyrocket tomorrow.  From feast to famine.

On the other hand, thanks to the U.S. sugar program the cost of made-in-America sugar today is almost exactly what it was way back during the Reagan administration.  Extremely stable.  Very dependable.  And without costing U.S. taxpayers a dime in subsidies.

Congress ought to defer to the age-old wisdom that when something works, don’t fix it.