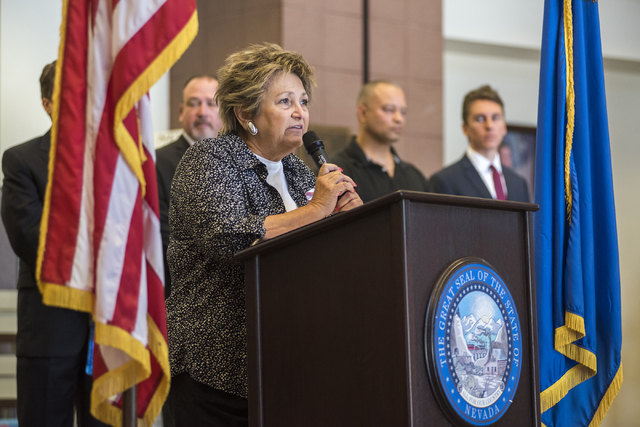 (The Associated Press, ReviewJournal) A Las Vegas judge tossed the case of a Republican Nevada Assembly candidate who challenged the results of a primary race she lost last month and wanted two precincts in the Moapa Valley area to cast their ballots again.

Judge Elissa Cadish dismissed a case Tuesday that was filed by Tina Trenner, one of six losing candidates who are challenging their election results. Trenner argued that errors on voter registration cards sent to people in the Logandale area in December could have caused confusion in the race, which she lost to Pahrump Assemblyman James Oscarson by 133 votes.

“There was an error,” Cadish said. “However, I do not have evidence to demonstrate that those errors are sufficient to change the results.”

Cadish added that the court doesn’t have authority to call for the revote Trenner wanted. Nevada law allows county commissioners to call for a revote, but only in catastrophic situations that prevent people from casting their ballots, such as a fire that destroys a polling place, according to Oscarson lawyer Daniel Stewart.
Click here to continue reading

N&V StaffOctober 3, 2021
Read More
Scroll for more
Tap
Parents of Reno homicide victim appear in NRA video
She’ll be the next Prime Minister of the UK. Who is Theresa May?