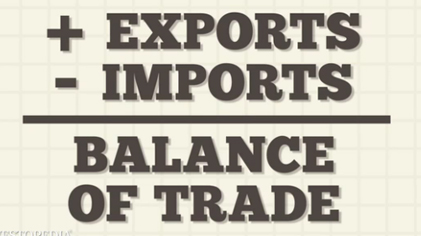 (Chuck Muth) – International trade, particularly the proposed Trans-Pacific Partnership (TPP) trade agreement, continues to play a surprisingly major part of the 2016 presidential campaign and continues to expose a growing schism between the new Donald Trump wing of the party and the more traditional wing of House Speaker Paul Ryan.

“Paul Ryan and Donald Trump neatly define the poles of the GOP in 2016,” wrote Joe Rago in the Wall Street Journal last week.

“Mr. Ryan is a conviction politician who tries to build consensus through engagement and persuasion; Mr. Trump is a transactional deal-maker who says he will win…through toughness and strength.”

Both wings believe in trade.

The difference is unfettered free trade vs. fair and balanced trade.  Indeed, it’s not that Trump opposes trade deals; he opposes bad trade deals.  And he clearly believes TPP is a bad trade deal.

Now a number of Members of Congress who have supported free trade deals in the past appear to be coming around to Trump’s position on the issue.

In an interview on MSNBC’s “Morning Joe” program last week, Sen. Jeff Sessions (R-AL) acknowledged he’s been a free trader in the past but has had a change of heart.

“Well, you know, I supported most of the trade deals,” Sessions said in response to a question about his past support of NAFTA, the North American Free Trade Agreement. “I supported the Korean (trade agreement). I supported the China deal. I think they were now mistakes.”

Sessions noted that while the U.S. was promised $10 billion in extra exports to Korea four years ago, last year it was only $30 million while Korean imports into the U.S. jumped by some $15 billion.

“The trade deficit (with Korea) is more than double,” Sessions noted.  “The China trade deficit was supposed to be the same. It has increased fivefold.”

“So does Paul Ryan need to change?” Joe Scarborough asked the Alabama senator.  “Absolutely he needs to change. Just like I have,” responded Sessions.

The notion of balanced trade vs. free trade is at the heart of the U.S. sugar program, which has provided ample trade with global markets while assuring that American farmers and producers are competing on a level playing field.  Maybe instead of trying to kill the program Congress should start looking to emulate it.