Jobs and Economic Growth Should be the Focus 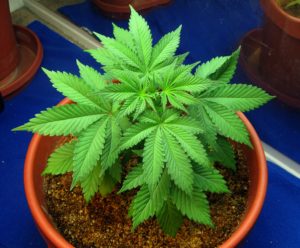 “States that have passed recreational use have seen growth in jobs, sales and tax revenue,” said Bradley. “Nearly half of the US has already legalized marijuana for either medical or recreational use. This November, nine states will have the option to continue the trend, and Nevada should lead the way in passing this new growth industry.

The oppositions to Question 2 are sending false and misleading messages to the voters and children of voters, once again attempting to create REEFER MADNESS all over again. From false advertising and messages of purposeful poisoning via cannabis, those who oppose the legalization of marijuana are using everything within their means, every scare tactic possible to stop the state of Nevada from creating jobs, improving schools and education, and bringing in millions upon millions of dollars in tax revenue for the state.

Bradley thinks Nevada and especially Las Vegas are hypocritical in their non-support of recreational marijuana.

Bradley points out, “Vegas is a major hub of alcohol sales.  Both casino’s and nightclubs rake in millions of dollars annually in alcohol sales. Unlike alcohol, marijuana is not addictive, has medicinal properties and has no health related diseases like alcohol does; this should be a relatively easy yeas vote for Nevada voters”.

Of the Top 100 nightclubs in the world, the top 3 nightclubs are in Las Vegas, NV and make they gross annual revenues $60-70 million each.  While casinos provide comp drinks to gamblers, casinos also significant revenue from alcohol sales.

The first $40 million of Colorado tax revenue is earmarked for public schools and infrastructure, as well as for youth educational campaigns about substance use.

“Recreational marijuana may out perform many of the current revenue streams that we as Nevada residents have come to rely on, but there is no question that the additional tax revenue can be put to good use.”