(Chuck Muth) – First, THANK YOU to all who emailed, texted and posted well-wishes on social media following my brush with death on Monday.  If I’m not responding immediately, please forgive me.  At this point, the only thing I can really do is take my pain-killers, sleep and let the healing process proceed at pace.  And at my age, that’s gonna take a lot longer. Over the past couple of days all I’ve done is see my doctor for a follow-up visit after being released from the hospital, set up my claim with my lawyer, talk with my insurance company and clean out the personal effects from my poor old (new to me) car. And yesterday was the first time I actually saw the damage on the side of the car where I was hit.  I didn’t see it at the time of the accident, as I got out of my car with EMT assistance and went straight into the ambulance. 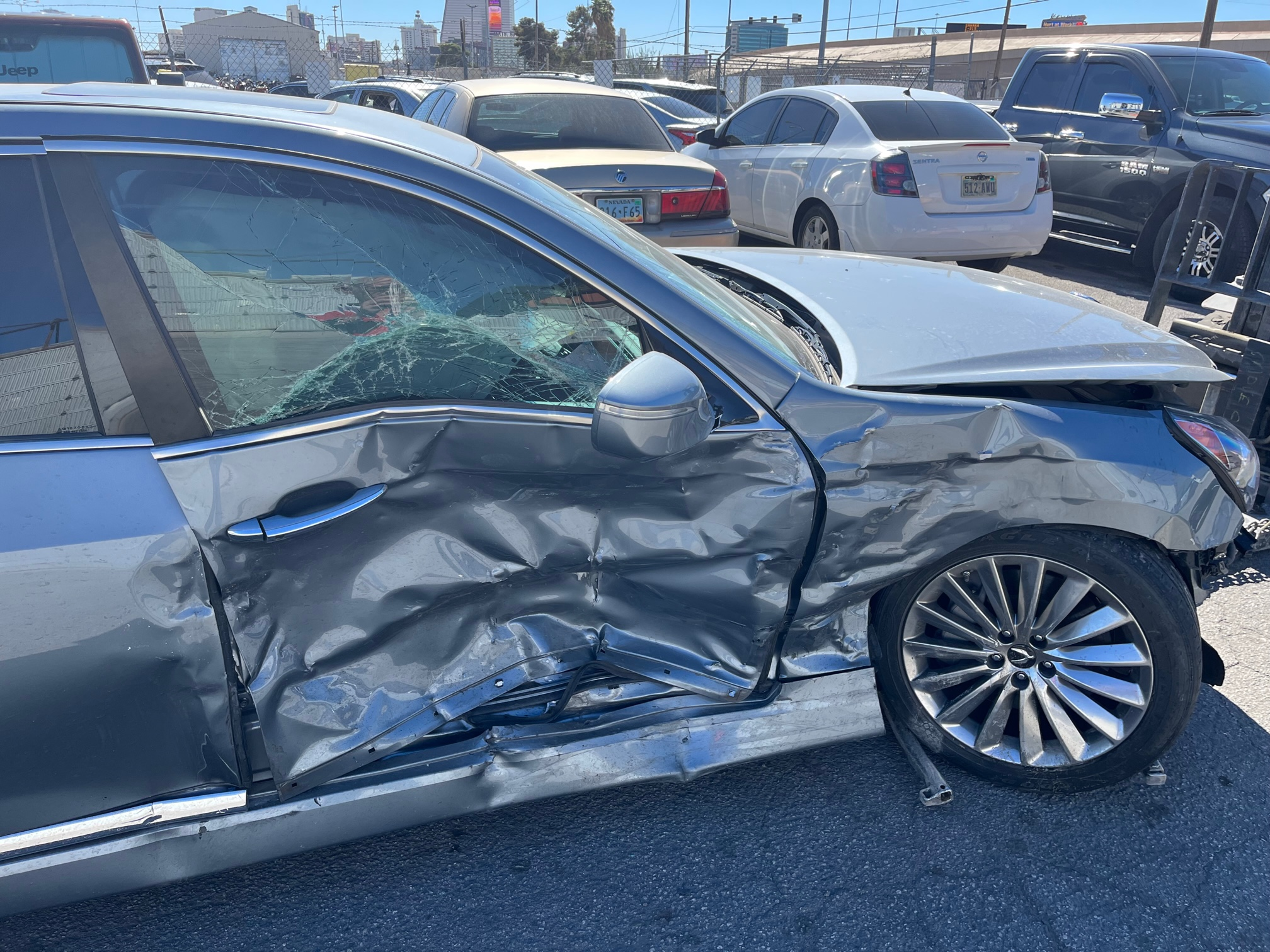 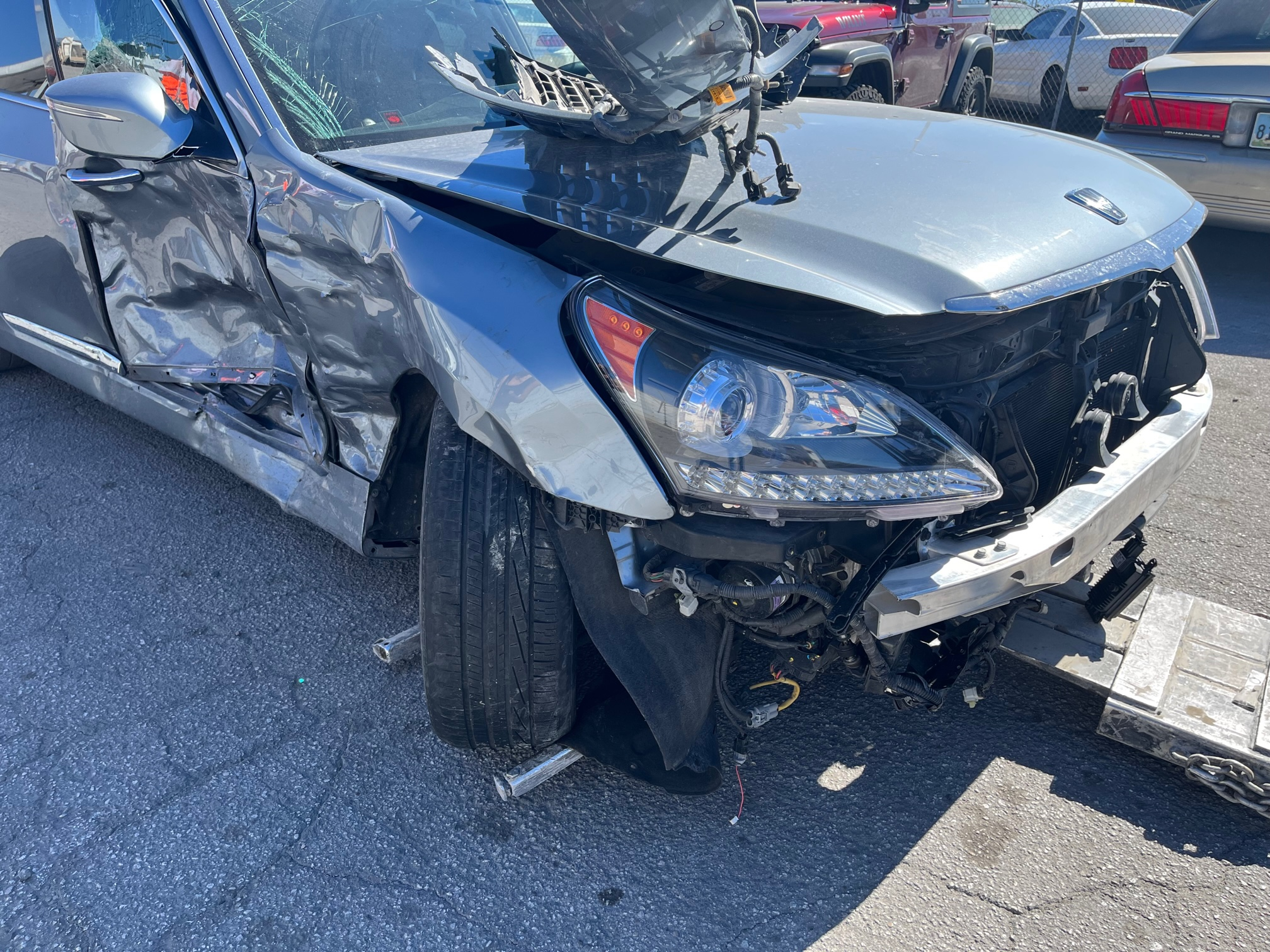 What a frightening sight.  Thank God no one was riding with me in the passenger seat. They’d have been a goner for sure.  “Lucky” ain’t the word for it. Anyway, I’m feeling a little better today.  Ribs still sore as Hades.  But I plan to make it to Nevada Policy Research Institute’s dinner at the South Point tonight.  NPRI does such GREAT work for the conservative movement in Nevada I just want to be there to support them. But attending an event under the circumstances and doing everything involved in organizing and putting on an event are two different things.  So regrettably, yesterday I cancelled our planned “Rightoberfest” event for this Saturday. My apologies to all involved.  But we’ll host a lot more fun events down the road.  I promise. Please bear with me.  Unless some unforeseen medical complications develop over the next couple of days, I expect to be back in the saddle next week.  Keep those prayers and good thoughts coming! Mini-Muth’s Truths * Conservatives want to help people who CAN’T help themselves.  Liberals want to help people who WON’T help themselves.  And want YOU to pay for it.  If you can, but won’t, don’t come bitchin’ to me.  Grab yourself a bootstrap. * The Smell of Fear: Barack Obama and Bernie Sanders – but not Joe Biden – are coming to Nevada in the final days of this election cycle to try to pull the Democrats’ fat out of the fire.  Biden is so toxic that Nevada Dems are running from him like scalded dogs. * Compare & contrast: Joe Lombardo puts criminals in jail.  Steve Sisolak lets them out. Wanna feel safe in Nevada? Sack Sisolak. Vote Lombardo. * Blast from the Past: “If you are not an essential business, I am using my power to order you to close.” – Nevada Gov. Steve Sisolak, 3/20/20 * Every time you see or hear Sisolak talk about “investing” in some program, understand that it’s NOT an “investment” – where taxpayers would get a return – but “government spending” courtesy of you, the taxpayer.  And he’ll be back over and over again for more, like an ATM machine, if re-elected. * The City of Las Vegas on Wednesday foolishly voted to throw good money after bad by approving an additional $2 million to defend against a series of lawsuits filed by the developer of the old Badlands golf course.  The city has now lost three straight lawsuits in this matter…with more losses coming…despite already spending/wasting some $5 million in taxpayer dollars on outside legal fees.  And that doesn’t even count the tens of millions of dollars taxpayers are on the hook for in damages. * Mike Zahara, a former Nevada Democrat Party board member, was arrested this week after he was caught sending threatening text messages (“…planning to shoot up Nazi hrc event…”) to a prominent gay rights organization.  He was released on $3,000 bail.  Details here. * Here’s an update on the murder of Daniel Halseth, who many of you knew. by his daughter. Click here Remember in November State and country going in the wrong direction?  Remember this before casting your ballot…

If you want to change direction, you need to change who’s in charge. Ballot Recommendations My personal ballot recommendations – always subject to change right up to Election Day – can be found by clicking here. FAMOUS LAST WORDS“I thought this out already. We start at age 8 or 9. By the time boys transfer into girls and teens at age 12 or 13, they have new friends. By the time they turn 17, 18, or 19, nobody knows their past.” – California Assemblywoman Jacqui Irwin (D-Thousand Oaks)